The Internet connects more than four billion users worldwide and supports emerging digital applications such as Virtual Reality (VR) and Augmented Reality (AR), 16K video, autonomous driving, Artificial Intelligence (AI), 5G, and Internet of Things (IoT). In addition, merging online and offline services in the education, medical, and office sectors, has an impact on every aspect of our lives.

A Data Center Network (DCN), as the infrastructure for the development of Internet services, has moved from GE and 10 GE networks to the 25 GE access + 100 GE interconnection phase.

As shown in the following figure, Point of Deployments (PoDs) at T1 and T2 layers can be flexibly expanded in much the same manner as blocks, and therefore constructed on demand.

With the improvement of large-capacity forwarding chips and the reduction of 100 GE optical interconnection costs, single-chip switches are used to construct a 100 GE interconnection network. This single-chip multi-plane interconnection solution typically features 12.8 Tbit/s chips. A single-chip provides 128 x 100 GE port density, and a single PoD can connect to 2000 servers.

Compared with a traditional solution composed of fixed and modular devices, a full-fixed-device networking solution increases the number of network nodes and optical interconnection modules between devices, which also increases the Operations and Maintenance (O&M) workload. However, a high-performance forwarding chip is introduced to effectively reduce the per-bit cost of DCN ports, which is obviously attractive to large Internet enterprises. On one hand, large Internet enterprises can quickly introduce 100 GE full-fixed-device architecture to reduce network construction costs; on the other, they can use their strong Research and Development (R&D) capabilities to improve automatic network deployment and maintenance capabilities in order to cope with the increased O&M workload.

As a result, large Internet enterprises often use the same 100 GE network solution, and full-fixed-device networking has become the basis for 100 GE network architecture evolution.

The Direction of Network Acceleration Development

Given the inevitable bandwidth upgrade associated with such continuous and rapid service development, enterprises now face a choice: 200 GE or 400 GE?

Networks are never isolated, and the overall environment of the industry determines whether technologies can advance and become mature.

First, let’s review the current status of the 200 GE and 400 GE industries from the perspective of network standards, servers, and optical modules.

200 GE vs. 400 GE Standards: Protocols and Standards Are Mature

During the evolution of Institute of Electrical and Electronics Engineers (IEEE) standards, work on the 200 GE standard began after the 400 GE standard.

As 200 GE standards are derived from their 400 GE equivalents, 200 GE single-mode optical module specifications were finally included in the 802.3bs project. By then, the main designs of Physical Coding Sublayer (PCS), Physical Medium Attachment (PMA), and Physical Medium Dependent (PMD) had been completed for 400 GE. The 200 GE single-mode optical module specifications are generally formulated based on half of those for 400 GE. 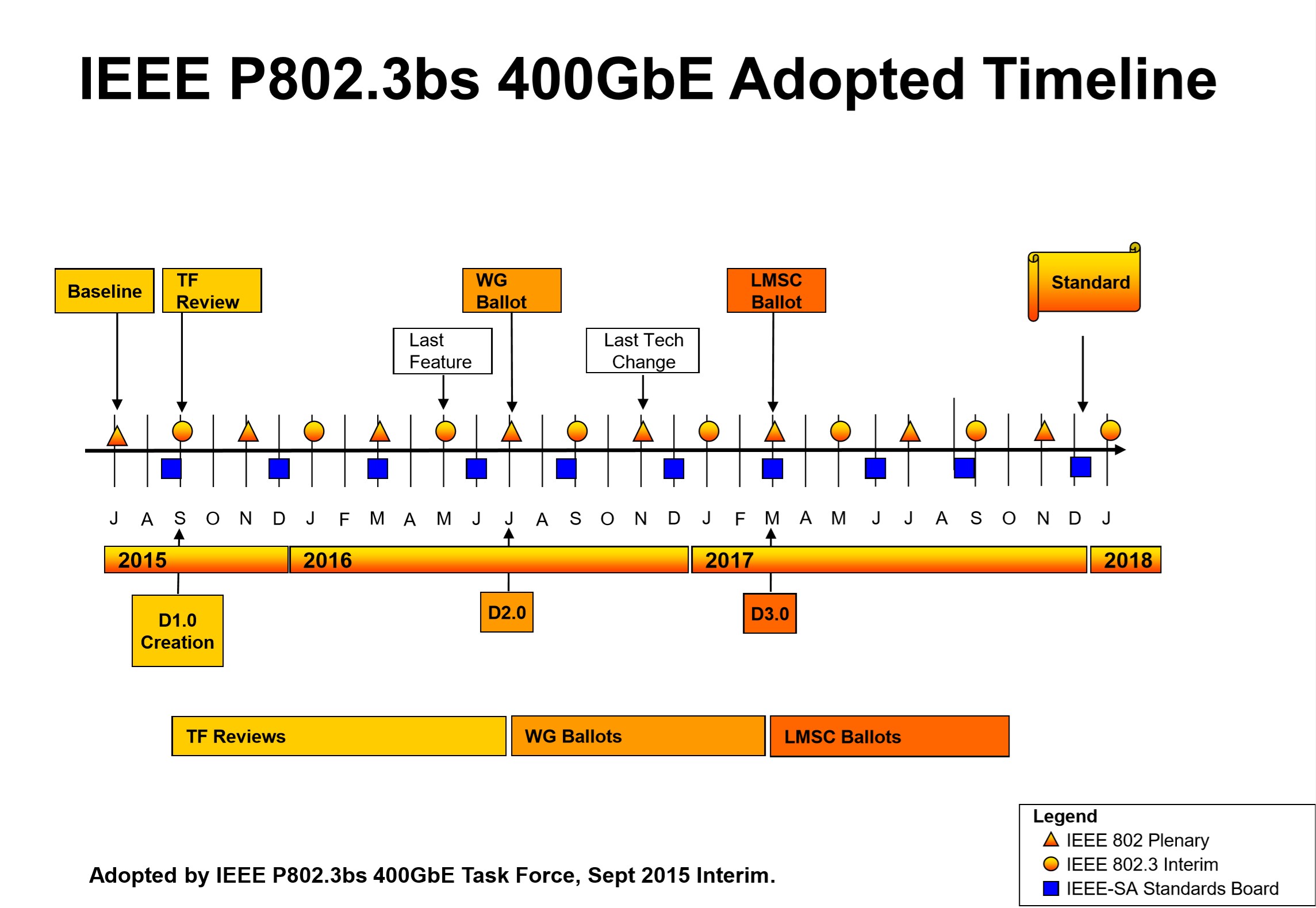 Figure 1-3: Forecast on the shipment trend of NICs and servers

As per predictions from Crehan, 50 GE and 100 GE Network Interface Cards (NICs) have been successfully delivered since 2019. The entire industry was on the fence over next-generation upgrades to 25 GE NICs in 2018 and 2019. And, despite a reversal in shipment numbers in 2019, the 100 GE server market surpassed that of 50 GE by 2020, as the industry became fully confident in 100 GE servers.

In the context of chip development and server delivery prediction, 100 GE servers will quickly become the mainstream.

As data centre access servers evolve from 25 GE to 100 GE, should 200 GE or 400 GE be selected for the current 100 GE interconnection network?

200 GE and 400 GE optical modules are different. Traditional optical modules use Non-Return-to-Zero (NRZ) signal transmission technology, where high and low signal levels are used to represent the digital logic signals 0 and 1, and one bit of logic information can be transmitted in each clock cycle. Both 200 GE and 400 GE optical modules use Pulse Amplitude Modulation 4 (PAM4), a high-order modulation technology that uses four signal levels for transmission. Two bits of logical information — 00, 01, 10, and 11 — can be transmitted in each clock period.

Consequently, under the same baud rate, the bit rate of a PAM4 signal is twice that of an NRZ signal, doubling transmission efficiency and reducing transmission costs. From the perspective of optical module composition, 200 GE and 400 GE modules both use 4-lane mainstream architecture, and feature similar module design costs and power consumption.

In addition to architecture design, module costs also depend on the scale of deployment. According to the delivery data of third-party consulting company Omdia (originally known as OVUM), the layout of 200 GE and 400 GE optical modules provided by the top eight suppliers is as follows.

As shown in the preceding figure, 200 GE modules are classified into 100 m SR4 and 2 km FR4 modules. Among the 200 GE modules, only 100 m SR4 modules are classified into five types. The top eight vendors have deployed 100 m, 500 m, and 2 km modules. In contrast, the 400 GE industry is far more mature, offering a wide array of choices for customers.

DCNs are designed around the delivery of services. With this in mind, fast-growing digital construction will drive the rapid growth of 100 GE servers and cement them as the mainstream option in 2020. In terms of costs, data centre optical components account for more than half of the total cost of network devices. With the introduction of PAM4, the cost of a single bit of a 400 GE optical component is cheaper than that of a 200 GE optical module. Such a reduction in the deployment cost of an optical module directly lowers overall network construction costs.

In general, 400 GE is enjoying strong momentum, while 200 GE may become a temporary transition or even skipped over entirely.

As the access and interconnection devices of data centre servers, switches provide larger capacity as server I/Os increase. The switching capacity of core component forwarding chips doubles every generation. However, the challenge of doubling forwarding chip capacity is far greater than doubling the capacity of NICs, in order to provide high bandwidth for the many servers connected to them.

The preceding figure shows the Performance, Power, and Area (PPA) of the semiconductor process. The operational clock frequency of the chip lowers the performance by 20%, so additional area and power must be added to improve performance. As the area of the forwarding chip increases, so too does the power consumption, eventually leading to a power consumption bottleneck. More advanced semiconductor technology is required to avoid such a restrictive bottleneck.

If a 400 GE network node needs to achieve the same performance as a 128-port network node on a 100 GE network, the forwarding chip performance must reach 51.2 Tbit/s. If future 51.2 Tbit/s chips continue to use 7 nm process technology, the estimated chip power consumption will reach 1000 W, which is not practical for fixed devices based on the current heat dissipation process.

400 GE Era Has Arrived, with 400 GE Fixed and Modular Devices Emerging as the Best Choice

The commercial delivery of high-density 400 GE switch chips (51.2 Tbit/s) has been delayed, and there are currently three options available for network devices.

100 GE servers will soon become the mainstream, and 400 GE optical connections are positioned to be the most cost-effective. However, given the current immaturity of the 51.2 Gbit/s (128 x 400 GE) forwarding chip, enterprises that have deployed a 100 GE full-fixed-device architecture are reluctant to consider 200 GE. As such, if 200 GE is selected, direct evolution to 400 GE will likely be abandoned. As a result, the repeated investment made in 200 GE sees optical interconnection costs accounting for more than half of the entire DCN construction cost. Consequently, the 200 GE solution is unable to take full advantage of 400 GE technology dividends. 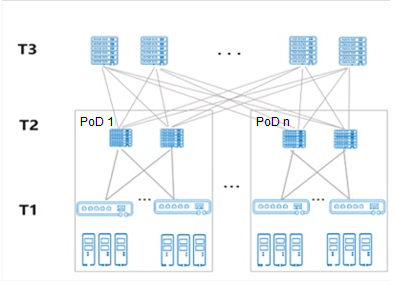 If 64 x 400 GE fixed switches are used for networking, the port density of T2 devices is half that of 128 ports in the 100 GE network architecture, and the number of access servers in the PoD is also half that in the 100 GE network architecture. In addition, 64 x 400 GE network devices are also used at the T3 layer. As a result, the number of servers is reduced by half, and the scale of the entire server cluster is reduced to 25% of the original scale. Throughout the development of DCNs, the rate is upgraded while the size of existing server clusters is ensured. Low-port-density 400 GE network devices will greatly reduce the server cluster scale, which may fail to meet the requirements of service applications.

Once the industry matured and the 100 GE network era arrived, high-performance 100 GE forwarding chips lagged behind and could not be obtained during the initial phase of 100 GE network construction (phase 1 in the following figure). The industry initially used a multi-chip solution to build high-density 100 GE modular switches, and this ensured that the network scale met expectations while maximizing the technical dividends of 100 GE networks.

With the upgrade of chip performance and the launch of 6.4 Tbit/s and 12.8 Tbit/s chips, the network smoothly evolved from a 100 GE modular switch to a 100 GE fixed switch (phases 2 and 3 in the following figure). 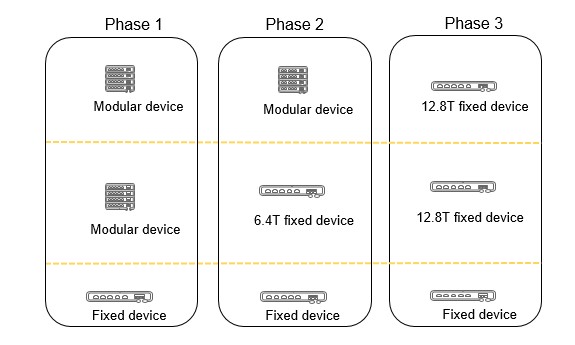 400 GE networks will evolve in a similar manner, and while 51.2 Tbit/s chip capability is currently unavailable, multi-chip 400 GE modular switches are the better choice.