Jean Paulin Ntshaykolo, The President of the military court reads the verdict.   -

It is the end of a trial that started in 2017 in DRC. On Saturday, the Kananga military court (central Kasaï) gave its verdict in a trial over the murder of two UN experts.

"With regard to this defendant, the Court states that it has established in fact as well as in law all the offences with which he is charged, and consequently sentences him to death for criminal conspiracy, to death for participation in an insurrectionary movement, to death for terrorism, and to death for the war crime of murder", Jean Paulin Ntshaykolo, the President of the military court read.

US citizen Michael Sharp and Zaida Catalan, a Swedish-Chilean, disappeared as they probed violence in the Kasai region. The clashes were triggered the killing by security forces of local traditional chief Kamuina Nsapu. Unrest had broken out in 2016 in the Kasai province aftre his murder.

However, a fortnight after the pair went missing, the UN experts were found dead in a village in March, 2017. Officially militiamen close to the local chief executed them.

However, the verdict leaves many questions unanswered. A report handed to the UN Security Council described the killings as a "premeditated setup" in which members of state security may have been involved. 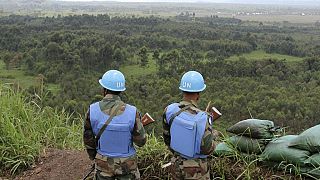 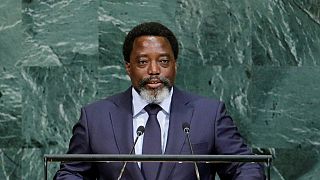 1. World Hypertension Day 2022
2. Apex Legends Mobile
3. Cara Delevingne
4. Eniola Ajao
5. What is exchange
6. What IS Transaction
7. What is demand
8. Kano
9. What is entrepreneurship
10. Justin Fashanu