Africa's women's basketballers take to the court for the start of the continental championships on Saturday under the shadow of one of the continent's biggest sexual abuse scandals.

Earlier this week, a report commissioned by basketball's governing body Fiba detailed widespread and long-standing abuse in the women's game in Mali, particularly among teenagers.

The report cleared Fiba's own president, Malian Hamane Niang, of neglecting the abuse while he led the Malian basketball federation (FMBB) between 1999 and 2007.

Mali are one of 12 teams taking part in the Women's Afrobasket tournament in Cameroon where only the finalists will be in contention to reach next year's World Cup.

Mali's female players - who have suffered 'decades of abuse' - have finally been heard but getting to this point has been far from easy.

On Saturday, Mali tip off their Women's Afrobasket campaign against Tunisia yet many players could be forgiven for being distracted following Fiba's report.

It cited 'interference and obstruction' and 'victim and witness intimidation' by the FMBB as it sought to cover up abuse - ranging from 'sexual' to 'psychological' - conducted by its own staff.

Seven FMBB officials have been suspended, including the junior women's team coach, Amadou Bamba, who is currently in jail awaiting trial for offences he denies.

"An institutionalised acceptance of the abuse of players exists within the FMBB and neither action now effort has been attempted to recognise or correct this," the damning report stated.

The abuse aside, the report carried out by Richard McLaren, who oversaw the inquiry into Russian doping in athletics, also outlined how hard it has been for victims, many in their teens, to be heard.

Not only were their cultural taboos about speaking, players feared for their safety, place and retribution while also having never been advised of their rights. 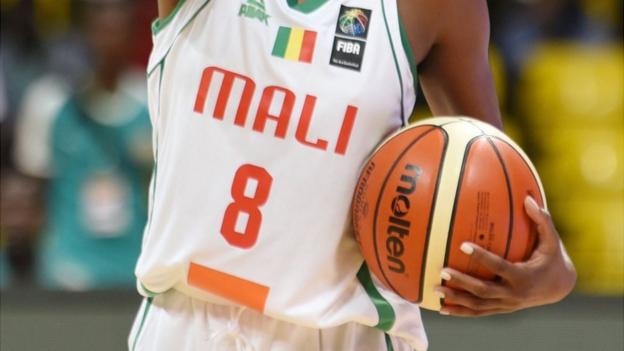 Last December, Mali reached Africa's U-18 Women's Championships final where their loss to hosts Egypt - which ended hopes of a fourth straight title - could be viewed as a failure.

But when you learn that four players started the campaign by raising concerns of sexual abuse against coach Bamba, reaching the final seems all the more impressive.

On the eve of the Cairo-based tournament, some of the team confided in new assistant coach Fanta Diallou.

One told her she had been targeted by Bamba the previous year while explaining that the 51-year-old was now targeting another player.

Bamba had been appointed youth coach in 2016 whereupon he instantly started abusing girls, according to Human Rights Watch, with many incidents taking place when he invited players to his hotel room 'under the guise of giving players pointers', the report adds.

"There was a grooming pattern for all players under Coach Bamba, especially the new ones. A player who refused his advances would be made an example of by keeping them off the team."

Diallou told investigators she did not report the girls' complaints - 'because she wanted to avoid disrupting the team' - nor ask the 51-year-old why he was calling his teenage players in the night.

"Not only is this a disciplinary offence and gross derogation of duty, it further highlights the conduct of covering up rather than dealing with the allegations," wrote McLaren.

After the final, the FMBB launched a supposed inquiry into possible sexual abuse but when three girls refused to talk, the lead investigator spoke to no one else - not even Diallo, part of the commission - before publishing a one-page report.

"A one-page report is no report at all," wrote McLaren (whose own extended to 149 pages).

Thankfully for Mali's next generation, help was at hand as a group of former players reached out to journalists, with the New York Times publishing an expose - including reports of a 16-year-old girl needing an abortion after a relationship with her coach - in June.

At long last, their stories had been told but the FMBB once again tried to silence them.

In response to the New York Times article and following their own enquiries, Fiba suspended four FMBB individuals, including president Harouna Maiga.

He had denied knowing about any sexual abuse to Fiba investigators but did not know they had audio evidence of him discussing it.

"I know that such a practice exists in basketball for a very long time," the transcript reads. "It is pretty much the system in Mali. I have some sisters who have been there at some point."

Just days after his suspension, a carefully-orchestrated video appeared online showing families and children marching behind professionally-made banners with the words 'Je Suis Harouna Maiga' ('I am Harouna Maiga').

Two days on, the FMBB issued a press release decrying a 'so-called sexual harassment case' while rallying 'to defend the honour of Mali tarnished' by people whose 'morality' was questionable.

"The press release disparaging the morality of witnesses is clearly intimidating and violates all the principles of safeguarding and ethical behaviour," the report stated.

More followed as FMBB officials told investigators the scandal had surfaced because the girls were unhappy about not 'getting a lot of playing time' while some had 'sex because they seek money because they are so poor'.

At one point, President Maiga claimed they were an attempt by a blogger from neighbouring Senegal 'looking to denigrate Mali'.

In what Fiba saw as a bid to obstruct their investigation, the FMBB launched ­their own - talking to several victims - until instructed to cancel it by McLaren's team.

It's a measure of the culture of fear that has long dominated Malian women's basketball that 22 of the 53 witnesses approached by Fiba's investigators, some to discuss events over 20 years old, refused to talk.

Niang's previous reign of the FMBB means the Malian scandal has gone to the very top of basketball whose investigators said the allegation against Fiba president Niang of 'ignoring assaults on basketball players … is not capable of being substantiated'.

Despite the abuse suffered by some players, Mali's junior women's teams have excelled over the years.

They have won all seven of Africa's U-16 titles and seven of the last U-18 titles, while also becoming - two years ago - the first African side to reach the semi-finals of an U-19 Women's World Cup.

This came despite the psychological abuse the team suffered en route to the tournament after FMBB officials told them they were responsible for the team's delayed arrival in Hungary, after their complaints had resulted in President Maiga's suspension.

The senior team now goes in charge of a second title.