African Champions League: Sundowns pledge to 'be in semi-final' 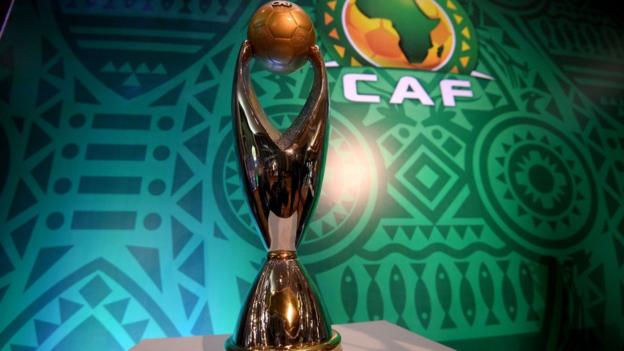 Mamelodi Sundowns coach Rulani Mokwena said his side can bounce back from their loss to Petro Atletico in Angola in the African Champions League quarter-final.

Having lost Saturday's first leg 2-1, Mokwena assured Sundowns supporters that their hopes of repeating their 2016 success are not over.

"It reminds us that we are not invincible, but in a very humble way we accept the lesson and we move on," Mokwena said afterwards.

"Now it's to recover the team, watch the game over again, do the corrections and prepare for the second leg, but we will be in the semi-final."

The defeat was Sundowns' first in the African Champions League this season, with the return leg next Saturday.

Angola's most decorated club Petro Atletico had to come from behind to edge past the South African champions in Luanda.

The visitors took an early lead from Lyle Lakay's deflected free-kick, but Brazilian Tiago Azulao netted the equaliser in the 16th minute with a close-range volley.

Sundowns were made to pay for their profligacy on the stroke of half-time as Adriano Yano tapped home to make it 2-1 after goalkeeper Denis Onyango and two defenders had failed to deal with a flick.

Unbeaten in this season's competition, Sundowns thought they had claimed a late equaliser, but Zambian referee Janny Sikazwe ruled it out after a VAR review.

Petro also slotted home what they thought was a third, but the video assistant referee ruled it out.

The holders went ahead from the penalty spot through Egypt international Amr El Solia in the 11th minute, before a low cross from Percy Tau allowed Hussein El Shahat to add a second 12 minutes later.

But Raja pulled one back on the stroke of half-time as Mohamed Azrida slotted past Mohamed El Shenawy to make it 2-1.

The record ten-time African champions came out firing after the restart, but Raja goalkeeper Anas Zniti pulled off a stunning save to keep out Mohamed Sherif.

Marouane Hadhoudi gave away a penalty and was sent off on the hour mark, but Zniti saved El Solia's second penalty to stun the home crowd.

Road win for Wydad, but stalemate in Algiers

Wydad Casablance were also in action on Saturday as the Moroccans, reduced to ten men, stunned CR Belouizdad 1-0 in Algeria.

Veteran midfielder Jalal Daoudi was red carded in the seventh minute, but the visitors held out for the remainder of the game - with Congolese striker Guy Mbenza scoring the game's only goal moments after the restart.

Despite plenty of threat from the hosts late on, they could not find a leveller.

Elsewhere, Entente Setif goalkeeper Sofiane Khedairia was outstanding as the Algerians forced Tunisia's Esperance to a goalless draw at Stade 5 Juillet on Friday.

Khedairia made three brilliant first half saves to deny the visitors.

The hosts' best chance fell to Abdelrahim Deghmoum but his effort was blocked.

Ghaylen Chaleli almost won it late for Esperance, but Khedairia pulled off another save to keep his side in the tie ahead of the reverse fixture in Rades.

The return legs take place on Friday and Saturday ahead of next month's semi-finals.