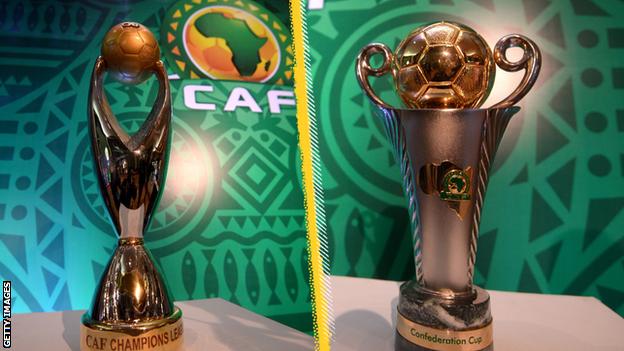 For the second year in a row Egypt's Al Ahly and their coach Pitso Mosimane face his old South African club Mamelodi Sundowns in the African Champions League.

Earlier this year Mosimane led Ahly to a 3-1 aggregate win over his former charges in the quarter-finals, as the Egyptians retained their title and extended their record to 10 wins overall.

It will be the fourth year in a row the two clubs have met in the tournament. Mosimane was in charge of Sundowns for the previous two encounters both of which were also in the last eight, winning 5-1 overall in 2018-19 and then losing 3-1 a year later.

The other two sides in Group A are the Sudanese rivals Al Hilal and Al Merrikh, one of three derby clashes from Tuesday's Champions League draw.

Mosimane, who helped conduct the draw at the headquarters of the Confederation of African Football in Cairo on Tuesday, admitted he faces a tough task to retain the title.

"Very difficult one. I think what will happen mainly there is the local teams will cancel each other, because there's going to be a local derby," he said.

"But the interesting part is that the two top teams went to Sudan last year and we did not win. So it really shows how difficult that group is going to be."

He also pointed out that he is used to being drawn against the same opponents on a regular basis.

"When I was with them (Mamelodi Sundowns) before, we always had Wydad every time. We played Wydad eight times before! So it's interesting," he explained.

"Let's play Mamelodi Sundowns. Obviously they want to beat us. But we've beaten them for the last two times, so it's ok."

The latter are coached by former Blackburn Rovers striker Benni McCarthy, who won the European Champions League as a player with Porto.

There will be a Tunisian derby in Group C where Esperance and Etoile du Sahel clash with Algerian side CR Belouizdad and first time participants Jwaneng Galaxy of Botswana.

There is another heavyweight tussle in Group D as Moroccan club Wydad Casablanca, who lifted the continental title in 2017, meet top Egyptian club Zamalek, as well as Angola's Petro Atletico and Sagrada Esperanca.

Matches in both the Champions League and the Confederation Cup are set to start on the weekend of 11-12 February, one week after the completion of the Africa Cup of Nations in Cameroon.

Ahly may have to reschedule their opening fixture as they compete in the Club World Cup in the United Arab Emirates from 3rd to 12 February. 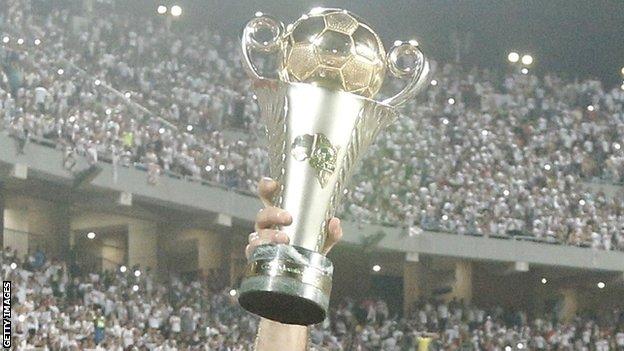 In the draw for the Confederation Cup Tunisia's CS Sfaxien, who are aiming to win a record-extending fourth title, will face two other north African sides in Group A.

The Tunisians, who last won the title in 2013, will take on Egyptian club Pyramids and Al Ahly Tripoli of Libya as well as Zambian side Zanaco when the tournament resumes in February.

There is still one tie to be decided between Algeria's JS Kabylie and Royal Leopards of Eswatini to decide who will be in Group B with Orlando Pirates (South Africa), JS Saoura (Algeria) and Al Ittihad (Libya).

Leopards hold a 1-0 lead from the first leg at home in November with the team from Eswatini unable to travel for the second leg postponed due to Covid-19 concerns expressed by the Algerian authorities. No new date has been set for the match as yet.