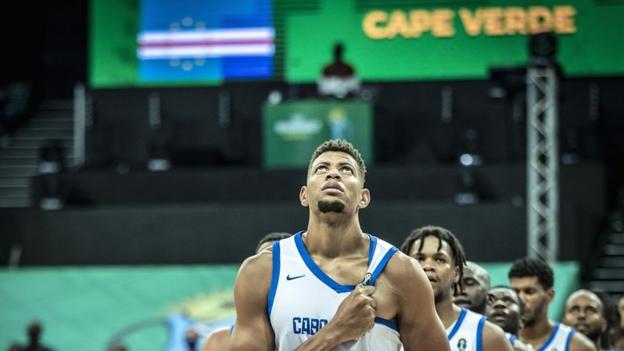 Cape Verde are out to make history by reaching their first Afrobasket final when they take on defending champions Tunisia in Saturday's semi-finals in Rwanda.

The island nation has reached the last four just once before, losing to eventual champions Angola in 2007 before beating Egypt to finish third at that year's African men's basketball championships.

On Thursday, Cape Verde returned to the semi-finals when overcoming Uganda and now have another North African side, after the Tunisians knocked out South Sudan in the quarters, in their sights.

"We are here in the semi-finals and I don't think we are done," Jeffrey Nunes Xavier, 35, said.

"That is what we have to understand - we want more. This is just the beginning for us. We have the best team that Cape Verde ever had."

Cape Verde beat Tunisia the last time the sides met at Afrobasket, in 2009, but this year's opposition are a different prospect, unbeaten in Kigali and confident in their ability to deliver again.

Centre Salah Merji says they just have to play their game to return to the final.

"Every time we are patient, we are moving the ball we are playing good basketball, and that is our identity," the Tunisian told BBC Sport Africa. "So we are going to be smart to play a more European style."

Awaiting the winners of the first semi-final are either two-time winners Ivory Coast or five-time champions Senegal.

Despite the Senegalese's more impressive trophy record, they trail the Ivorians 4-3 in meetings between the sides - with the Elephants winning their last Afrobasket clash back in 2013.

"I am very grateful to play again in a semi-final of Afrobasket, so it is going to be good," said Ivorian coach Ignacio Lezcano Moya, who has lost both previous semis he contested at the finals (in 2011 and 2013).

Senegal's Henry Pierria, meanwhile, is in confident mood about his side's chances of reaching a first final in 16 years as they also seek a first title since 1997.

"We are going to come ready, just play Senegalese basketball and I believe we will come out on top," he said. "We have to make sure we execute our game plans for our next game."

The final of this year's Afrobasket takes place in the Rwandan capital Kigali on Sunday.