Alex Iwobi: 'My game has improved under Everton boss Benitez' 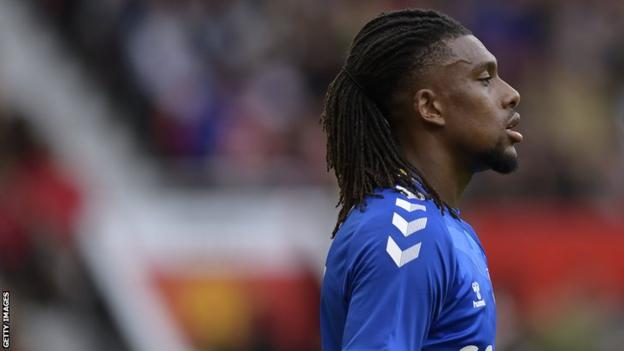 Nigeria and Everton's Alex Iwobi is confident that his game has improved under new Toffees manager Rafael Benitez, who took over the club in July.

Under Spaniard Benitez, the Nigerian has scored one goal and provided one assist in seven appearances across all competitions for Everton this season.

"I can see the improvement under the new manager because he's vastly experienced and has worked with different players at major clubs," Iwobi told BBC Sport Africa.

"He came in and told me the part of my game that needs improvement, and so far I can see the progress and impact. When you work under someone who's managed top players in his career, you have to listen because the gaffer has already seen things you are only just learning."

Iwobi came through the ranks at the Gunners, scoring 15 goals in 149 games, but the following chapter of his career at Everton, under first Marco Silva and then Carlos Ancelotti, has not gone as hoped.

The former England youth international admits he has had to "step up" his game this season as the intensity at the club has risen to a higher level than he's experienced before in his career.

"This is a different level with the new manager. Personally you have to be honest with yourself and admit what part of your game must change to adapt," he said.

"I know the importance of having a consistent run at club level, so I have had to step up my game to compete here."

Iwobi, who has nearly 160 Premier League appearances under his belt along with 26 games in European competition, is approaching his prime years.

"You are right that at 25 I can no longer make excuses for myself," he added. "Luckily, I am now working with someone who wants to bring the best out of the players at the club.

"You can see the difference and his touch across the squad. Personally I've just got to keep taking those chances, keep making those runs and hopefully I'll start putting them away on a regular basis."

Iwobi represented England at youth level before switching allegiance to Nigeria and has nine goals in 48 appearances for the three-time African champions.