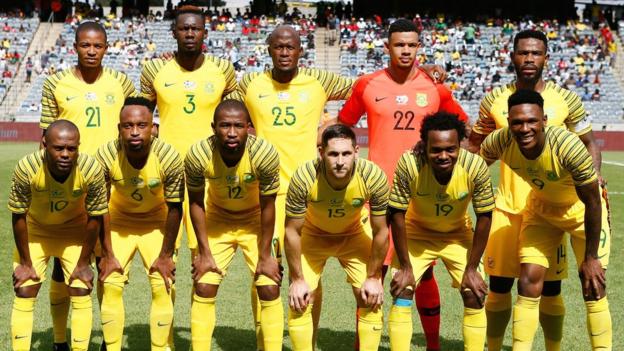 South Africa's new coach Hugo Broos has challenged his new charges to show mental fortitude ahead of their looming 2022 World Cup qualifiers against Zimbabwe and Ghana.

Despite being appointed in May, the Belgian will be taking charge of his first game in Harare on Friday.

With a home game following against Ghana on Monday, Broos is keen to revive South Africa after their failure to qualify for January's Africa Cup of Nations.

"Besides the tactics, I think the mentality will be very important - I want a very good fighting mentality," said the Belgian, who took Cameroon to the 2017 Africa title.

The 69-year-old has been watching previous South Africa performances and made it clear he was particularly unimpressed with the way the team meekly folded in their last Cup of Nations qualifier in Sudan in March.

With the hosts needing a win and Bafana Bafana a draw to qualify, Sudan took the coveted place at the finals with a 2-0 triumph.

"The team needed just a draw to go to Afcon but then I saw the reaction of the team on the pitch against an aggressive opponent - it was kick and rush football, on a bad pitch (but) it had to be about mentality.

"It will be a little bit like that, I think, on Friday against Zimbabwe," the coach predicted.

The Group G clash at Harare's National Sports Stadium is followed by a home game in Johannesburg against Ghana, who Broos describes as a 'good team'.

"These are two tough games," he insisted. "I think it's very important we start the game with a strong mentality because it will be a tough opponent."

South Africa might be handed an advantage in both games as key players from British clubs, who were called up by both Ghana and Zimbabwe, cannot travel because of quarantine concerns when they return to their clubs.

Bafana Bafana, however, have no players in the United Kingdom, and were awaiting only the arrival of Danish-based duo Gift Links and Luther Singh on Tuesday.

"If they are all there or not, we have to be well-prepared - and we will be," Broos added.

Africa's second round of qualifying for the 2022 World Cup gets underway on Wednesday, when the first of 40 matches - across ten groups - get underway.

This first stage of matches, whereby every team plays twice, will end on Tuesday 7 September.