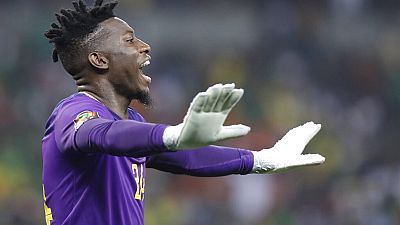 Cameroon goalkeeper, Andre Onana escaped unhurt from a motor accident on Tuesday while on his way to the team's camp ahead of a crucial World Cup qualifier in Qatar.

The accident occurred as Andre Onana, who plays for Dutch club Ajax Amsterdam, was travelling from Yaounde, the capital of Cameroon, to Douala. The Cameroon Football Federation said he had rejoined the team in Douala after the accident and was "fine", although he was due to undergo a preventive examination in hospital.

Cameroon host Algeria on Friday in Douala in the first leg of their World Cup qualifier. The return match in Algeria will be played next Tuesday and the winner of that match will be one of five African teams to book a place at this year's World Cup in Qatar.

National broadcaster CRTV released images from what it said was the site of the crash. They show a Range Rover SUV and another vehicle with the front end crushed after what appears to be a head-on collision. It is not known whether Andre Onana, 25, was a driver or passenger in the Range Rover. 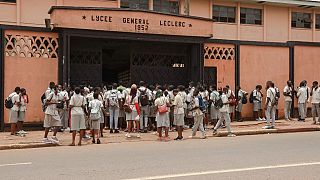