The recent African Cup of Nations (Afcon) held in Cameroon showed the people's love for football, but as the national side prepares for a World Cup play-off, not all Cameroonians want the team to make it to Qatar, as Tony Vinyoh reports.

It is a common refrain that sport and politics should not mix, but when it comes to football in Cameroon they are inextricably linked.

The five-year conflict that has pitted Anglophone separatists against the central government has seeped onto the football field.

When Egypt beat Cameroon in the Afcon semi-finals, much of the country went into mourning but Bamenda, the centre of dissent in the English-speaking regions, erupted in celebration. Most of those celebrating Cameroon's defeat did so in the safety of their homes but their voices could be heard across town.

Whistles, chants and even motorbike stunts in the suburb of Bambili reflected the feeling among many southern Cameroonians to whom the Indomitable Lions, as the national team is known, have become a vivid representation of a union they despise.

Among those celebrating the Afcon defeat was Dr Ngwa Ebogo, a surgeon and urologist.

As a passionate football fan he is aware of the role that sport plays in politics in the country, and the impact it has on the lives of his patients.

"This country has a tendency to use football to sweep burning issues under the rock. They tend to put more money into football because they know football is a unifying factor," he says.

The anger in Bamenda is a remarkable reversal from 1998 when some residents set fire to the offices of Cameroon's national energy supplier in angry protest after power went out before the Indomitable Lions played Austria at that year's World Cup.

The team plays a central role in the carefully choreographed image of 89-year-old President Paul Biya, who is in his 40th year in power.

As first sportsman of the republic, a popular video clip of a youthful Mr Biya congratulating the team was played on national TV after every Afcon victory at the recent tournament.

"Most Cameroonians think that when the Indomitable Lions win it is because of the strong man," Dr Ebogo says.

"The Indomitable Lions win a trophy and people send motions of support to the president of the republic."

People in Bamenda are careful who they voice their opinions to, so it is a constant struggle to mute their joy when the Indomitable Lions lose.

Out in the open where dissent can be deadly - knowing looks and beaming faces tell only a small part of the story.

In the colonial era, Cameroon was carved up by the French and British, which left a linguistic and cultural divide.

For decades after independence English-speakers complained they were marginalised, with political and economic power concentrated in the hands of the French-speaking majority.

That has now broken out into open revolt and calls for independence for the English-speaking region.

The first casualty of the war was the women's national team.

As hosts of the women's Afcon in 2016 they were expected to challenge Nigeria for the trophy.

When the tournament kicked off on 19 November most bars in Bamenda were full of fans cheering on the Indomitable Lionesses despite the brutal crackdown on southern Cameroonian activists a few weeks earlier.

By 3 December, the day of the final, this mood had been replaced by apathy and outright opposition as the situation deteriorated. It took only two weeks to destroy decades of southern Cameroonian support.

Most Southern Cameroonians never warmed up to this year's continental tournament. To many, ABC - or Anyone But Cameroon - was the principle. Dr Ebogo signed onto Team ABC and invested time scouting Cameroon's opponents.

"In Bamenda there was nothing like a Nations Cup fever. They even offered to ferry people to Bafoussam and nobody moved," he said referring to the free tickets, transportation and coercion that the government and politicians put in place to fill empty stadiums.

For Smith Mbua, a human resources professional, his passion for the game overrides his politics. He travelled to Yaoundé to watch Cameroon play Burkina Faso and Ethiopia.

"Football should have nothing to do with politics. We will solve our problems one way or another, but it shouldn't deprive people of things that make them happy," he says.

"We have more important issues. We need hospitals, better schools, we need to pay our teachers who are on strike right now because they haven't received salaries, but football has always brought us peace."

Mr Mbua says he has not received any threats since returning from Afcon, but admits he is discreet about his love for the Indomitable Lions. He thinks support for the national team can come down to things like performance and personal choice.

He is more sanguine about the level of support among southern Cameroonians.

"I dare to say that 60% of Anglophones supported the national team at the Afcon. People are angry but I think deep down in our hearts we still love our country."

Dr Ebogo thinks that even the appointment of national football hero Samuel Eto'o as head of the Cameroon football federation is not enough to persuade Bamenda residents to back the national team.

"I think that it will be a very daunting task to get people to love the Indomitable Lions like we supported them in 1990," he insists, alluding to the on-going war.

So will Cameroon beat Algeria for a place at the World Cup? 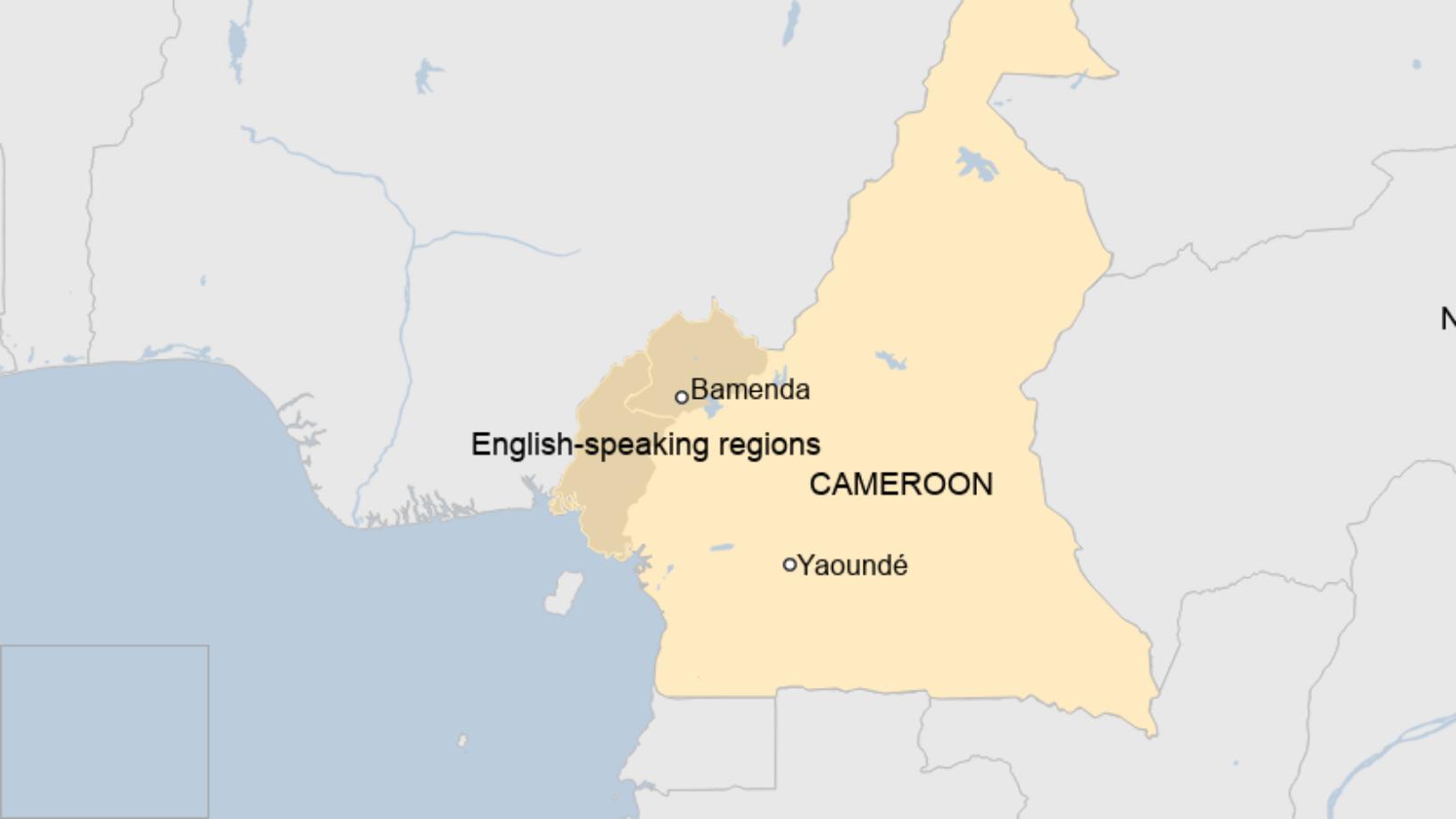