Cameroon: Seven people missing in sinking of a dugout canoe 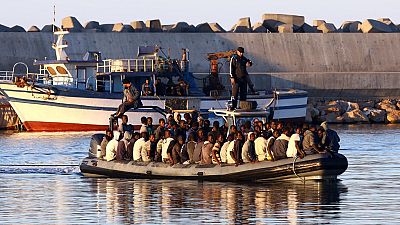 FILE - Sub-Saharan African migrants are rescued by the Libyan coastguard after their inflatable boat ...   -

Seven people have been declared missing after a pirogue sank on Tuesday in central Cameroon, the department's prefect told AFP on Wednesday.

"A pirogue with 12 people on board sank on Tuesday, with five survivors but no news of seven people," said Peter Ntieh Nde, prefect of the Nyong and Kelé department.

The boat sank near the hamlet of Malombo, on the Nyong River, about 650 km northeast of the capital Yaounde.

"The people have undertaken a search with the means at their disposal," the prefect added.

In December 2021, one person died and several others were reported missing when a ship sunk off a ship linking Equatorial Guinea and Cameroon.

At least 17 people died in August 2019 when a passenger boat overturned on a sandbank off Cameroon.