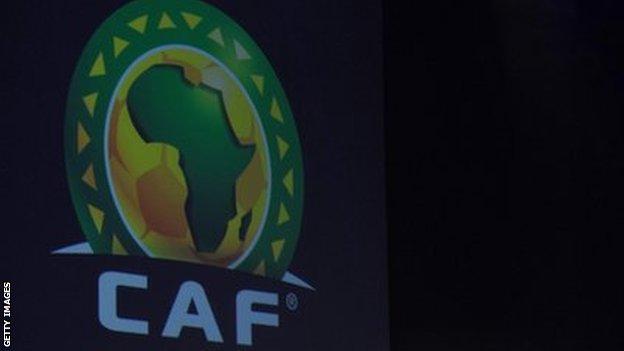 An investigation into a pitch invasion that followed Raja Casablanca's Confederation Cup final victory in Benin last weekend has been launched by the Confederation of African Football (Caf).

However, the medals and trophy presentation were disturbed after a section of fans invaded the field after the final whistle.

"Caf strongly condemns this unacceptable behaviour which is harmful to the image of one of its competitions," African football's ruling body said in a statement.

"Caf has opened a disciplinary investigation in order to determine the root cause and people responsible, and apply possible sanctions."

Caf says it hopes to prevent the future occurrence of such acts.

Unlike most of the preceding years, this month's Confederation Cup final was a one-legged affair in a neutral country after Caf chose to scrap the previous format of playing two-legged finals in the homes of both finalists.