Nurses wait in coridor of a vaccination center where Algerians get the COVID-19 vaccine, Wednesday, Feb.3, 2021 in Algiers.   -

Algerian president Tebboune has decided to shut down schools across the country for 10 days. The decision came after an emergency meeting with the Council of ministers, members of the COVID-19 scientific committee and the country's security officials, on Wednesday.

Schools in Algeria were closed on Thursday following a decision to shut down education across the country for 10 days. The country is battling infections from both the delta variant and the fast-spreading omicron variant.

"The situation is alarming given the fact that the numbers are increasing exponentially and this is causing crowding at health facilities, particularly in hospitals and in intensive care units", Nabil Meliani, a senior doctor said.

On Wednesday, health officials reported a daily record of 1,359 omicron cases and 12 deaths. On the same day, an emergency meeting gathered the President, the Council of Ministers, members of the COVID-19 scientific committee and the country's security officials.

If official figures show Algeria has seen over 6,000 covid-related deaths, members of the government’s scientific committee admit the statistics likely result in an underestimation. Mustapha Khiati, doctor and president of the national foundation for the promotion of health and the development of research in Algiers, offers an explanation: "A large number of people only have mild symptoms and therefore have not deemed it useful to get tested. Others have been deterred by the PCR or antigen tests costs. In all the cases, the (real) figures are much more important than those given officially."

The presidential statement said university staff and health authorities should decide themselves whether to continue with in-person classes. 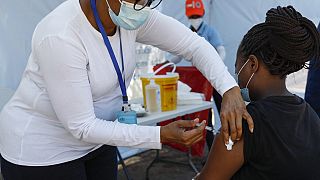 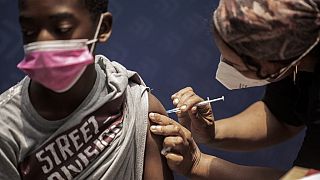