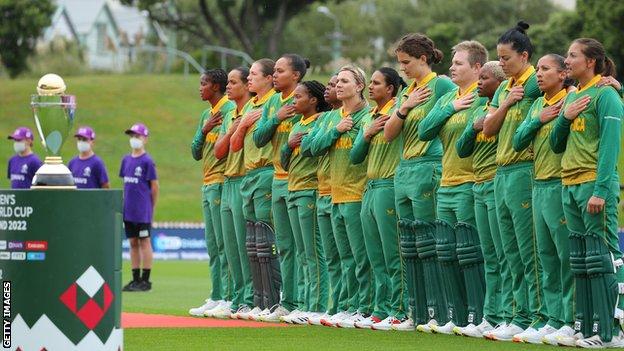 South Africa have qualified for the semi-finals of the Women's Cricket World Cup despite their game against West Indies being abandoned due to rain.

West Indies had reduced South Africa to 61-4 before the rain cause the match to be called off.

The point apiece confirms South Africa's place in the last four having won their opening four games in New Zealand.

South Africa's final group game is on Sunday against India with their semi-final due to be played four days later.