England strolled to victory in their friendly against Ivory Coast at Wembley to complete a satisfactory international break for manager Gareth Southgate.

The hosts were well in control and leading through Ollie Watkins' close-range finish, before former Tottenham defender Serge Aurier's dismissal - when he was shown a second yellow card for dissent - five minutes before the break.

Raheem Sterling, captain for the night and creator of Watkins' 30th-minute opener, made it 2-0 on the stroke of half-time, effectively ending the game as a contest. Defender Tyrone Mings' injury-time header completed the formalities.

Southgate made 10 changes from the side that came from behind to beat Switzerland 2-1, giving a start to Bellingham in the number 10 role.

And how the Dortmund player, who is not 19 until June, revelled in the responsibility with yet another astonishingly mature display that simply confirmed once more how comfortable he is at international level.

Bellingham has already proved his class and quality for England, as well as his club in both the Bundesliga and Champions League. The sky really is the limit for this richly-gifted youngster.

England untroubled by the Elephants

In the end, it was victory at a canter for England against an Ivory Coast side who delivered little in the way of attacking intent - and only produced several heavy challenges by way of resistance to the home side's superiority.

James Ward-Prowse received warm applause when he was substituted after almost scoring with a trademark long-range strike, but Manchester United captain Harry Maguire did not receive the same reception from the Wembley crowd.

England manager Southgate has kept faith with Maguire despite his abject form at club level but some of the home fans were less forgiving, with audible jeers greeting his name when it was read out before kick-off and also with his first touches.

Other than that, it was a mercifully quiet night for centre-back Maguire who, despite those Old Trafford struggles, has rarely let England down.

Harry Kane was restricted to a cameo as a second-half substitute so did not get the chance to claim a 50th England goal on his 69th appearance for his country.

It was the sort of confident performance Southgate will have wanted, with the added bonus of giving his squad even more experience. Crystal Palace full-back Tyrick Mitchell was able to cruise through his first start following a debut against Switzerland.

England now wait to hear their World Cup group opponents at Friday's draw in Qatar, before they return to action against Hungary in Budapest for June's Uefa Nations League encounter.

The second half was very low-key once England had scored twice and the visitors went down to 10 men, but there was still plenty to please Southgate as he formulates and finalises his plans for when the World Cup action gets under way in November. 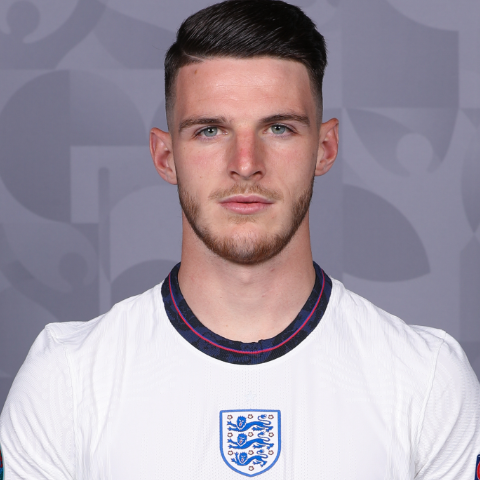