Ethiopia's capital Addis Ababa, a city of over 5 million sprung to more limelight last week when armed groups fighting the federal government announced they were advancing towards it.

One of the groups is the Oromo Liberation Army (OLA). A leader from the group is now reported by AFP to have said "its fighters were near the capital and preparing a new attack, promising an end to the conflict 'very soon".

"What I am sure of is that it will end very soon," OLA military chief Jaal Marroo told AFP on Sunday, adding: "We are preparing to launch another attack."

"The government is just trying to buy time and they are trying to start a civil war in the country, so they are calling the nation to fight," said Jaal Marroo, whose real name is Kumsa Diriba.

While the TPLF has claimed to have taken towns within a few hundred kilometers of Addis Ababa, Marroo says some OLA fighters are even closer, about 40 kilometers from the capital, without having "ever moved an inch" from the territory they controlled.

The government has denied any threat to Addis Ababa, but authorities in the capital have asked residents to organize to defend the city. Several foreign embassies have called on their nationals to leave the country.

Who are the Oromo Liberation Army?

The Oromo Liberation Army (OLA), is an ethnic Oromo armed group fighting the Ethiopian government alongside Tigrayan rebels. They (OLA) are based in Oromia, the largest region in the Ethiopia that encloses Addis Ababa.

In August, the armed group announced they had formed an alliance with the Tigray People's Liberation Front (TPLF), which has been fighting government forces in the north of the country since November 2020.

both groups, - The TPLF and the OLA - are considered terrorists by Addis Ababa.

For the past year, the warring parties have remained deaf to the international community's calls for a ceasefire, which have multiplied in recent days.

Communications are cut off in the fighting zones and journalists' access is restricted, making independent verification of positions on the ground difficult.

"While we are being tested on many fronts, our collective will to see through the path we have embarked on has strengthened us," Prime Minister Abiy Ahmed wrote on Twitter on Monday.

Mr. Abiy sent the army to Tigray on November 4, 2020 to remove regional authorities from the TPLF, which he accused of attacking military bases.

The 2019 Nobel Peace Prize winner declared victory on Nov. 28, but TPLF fighters retook most of the region in June and then advanced into neighboring Afar and Amhara regions. 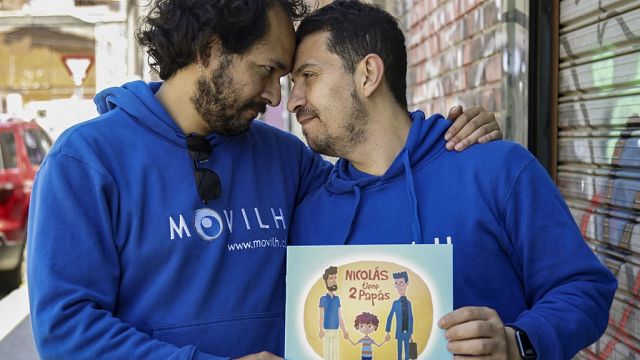