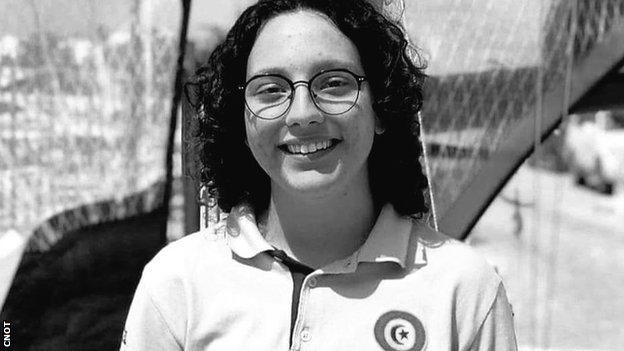 Tunisian Olympic sailor Eya Guezguez has died aged 17 after a training accident in waters off the capital Tunis on Sunday.

Guezguez was the youngest Tunisian at last year's Tokyo Olympics and competed in the women's 49er FX category with her twin sister Sarra, who is two minutes older.

The Tunisian Olympic Committee (CNOT) has described her death as "a tragedy in the sports scene" while the Tunisian Minister of Sports and Youth paid tribute to Guezguez and sent his condolences to her family.

Debutants Eya and Sarra, both then aged 16, finished bottom of their event in 21st position in Tokyo.

A dinghy being sailed by Eya and Sarra capsized in windy weather, with CNOT president Mehrez Boussayan telling local radio the sisters' coach was alongside them in a speedboat at the time.

The coach reportedly managed to help Sarra flee the tangled rigging before then locating Eya, on whom he attempted CPR but in vain.

The young Olympian was taken to hospital where she was pronounced dead after drowning.

The details surrounding the tragedy remain unclear, but some reports indicate the accident was a result of bad weather and strong wind conditions.

The incident has shocked Tunisia's sporting community and sparked anger and frustration amongst Tunisians, with many questioning management and the nature of safety equipment.

An investigation has been launched into the incident, which occurred a few hours before Muslims were due to break their fast on the ninth day of Ramadan.

"May God have mercy on the deceased, grant her eternal rest in paradise, and grant her family and relatives and the entire sports family a beautiful patience and solace," a statement from CNOT said.