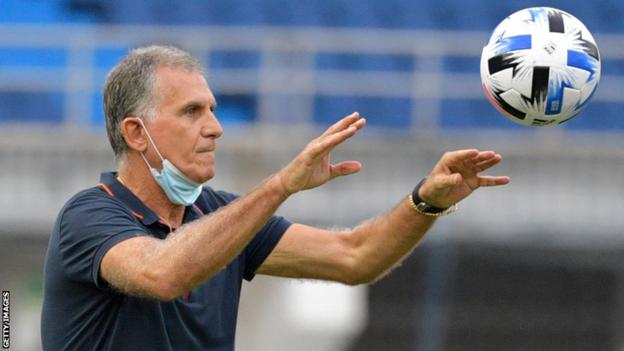 The EFA, who did not give any details about Queiroz's contract, added that the new coach will be arriving in Egypt "at the end of next week."

Queiroz takes over a team that currently trails Libya in qualifying for the 2022 World Cup in Qatar.

Libya's 1-0 win over Angola on Tuesday saw them move to six points in Group F, two ahead of Egypt, with only the group winners progressing to Africa's World Cup play-offs.

His first games in charge will be home and away to Libya in October, as Egypt seek to get their campaign back on track.

El Badry was sacked on Monday after Egypt, whose 2018 World Cup appearance was their first in nearly three decades, needed a late goal to draw with Gabon in qualifying the day before.

As well as the Spanish giants, Queiroz has coached at international level with Portugal, South Africa, Iran and most recently Colombia, who he left by mutual consent in December after a poor start to World Cup qualifying.

The Portuguese coach, who was born in Mozambique, also worked with Sir Alex Ferguson as his assistant at Manchester United, either side of his time at Real Madrid.