Agathe Habyarimana, the widow of Rwandan Presiden arrives at the courthouse in Paris, on November 3, 2020   -

On Tuesday, France’s top court definitely closed a probe into the 1994 shooting down of the Rwandan presidential plane.

The Cour de cassation in France closed a probe into the plane attack that killed former Rwandan president Habyarimana on the eve of the genocide. On Tuesday, the French highest court dismissed an appeal by relatives of the April 1994 victims.

When family members of the French flight crew brought their case to court in 1998, they suspected Rwandan soldiers and close Kagame aides, including Rose Kabuye, of being behind the attack.

However, the Cour de Cassation found no "sufficient charges against anyone for committing the alleged crimes, nor any other infraction"; confirming the 2020 decision of the Court of Appeal of Paris and dismissing French magistrate Jean-Louis Bruguière's conclusions when he began his probe 22 years ago.

The decision ends a long-running investigation into the shooting down of the Rwandan presidential plane, which strained France and Rwanda's relations.

The attack of President Juvénal Habyarimana's plane upon his return from Tanzania with Burundian president Cyprien Ntaryamira, is known as the event that sparked the Rwanda genocide.

Following this attack, a civil war erupted and saw the killing of more than 800,000 people. 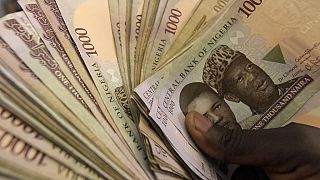