Crowds thronged the gates of Myanmar's most notorious prison Monday night as a nationwide mass prisoner release was underway after the country's military rulers announced an amnesty. Former prisoners waved from the windows of buses leaving the gates of Insein Prison in Yangon as family members gathered embraced and wept. The announcement was made earlier in the day in a televised address by Generalissimo Min Aung Hlaing, who led the military takeover of the elected government in February. The amnesty covers thousands of people who were arrested for taking part in anti-government activities to protest the takeover. Journalists, celebrities and Internet influencers are among the beneficiaries of the amnesty, but prominent political prisoners, such as the country's deposed leader, Aung San Suu Kyi, remain in detention. State television reported that 1,316 convicts were released from the country's prisons and charges against 4,320 others were stayed. According to the Association for the Assistance of Political Prisoners, at least 9,043 people have been arrested since the takeover, and 7,355 were in detention at the time the amnesty was announced.

Record-breaking gathering of "vampires" in England 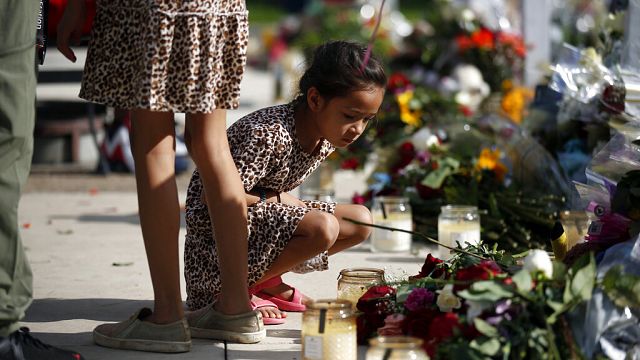