'I never knew there were women's teams' - Wafcon's youngest player 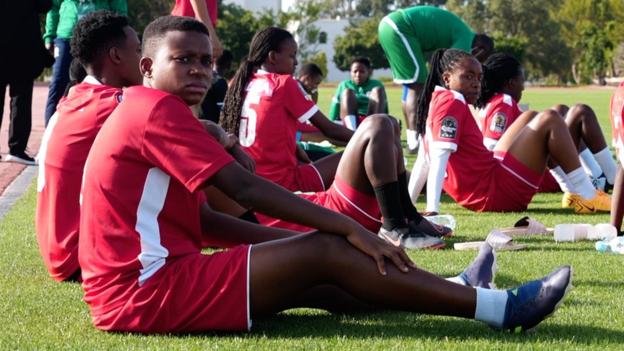 When Burundi's Esperance Habionimana first started playing football, she started - like so many in Africa - playing with male teams.

There was a very simple reason for this, says the youngest player at the Women's Africa Cup of Nations (Wafcon).

"I played football but never knew there were women's teams," the 15-year-old told BBC Sport Africa.

"I was playing in a men's team with my brothers because in my mind I never thought there were any women's teams."

Now she is part of Burundi at their maiden finals and even though she has failed to feature in the debutants' first two games, both of which have ended in defeat, she is relishing being in Morocco for the tournament.

"I never thought I would ever get here," the midfielder says. "I have worked hard, and I was very happy to be selected."

Habionimana plays for a local side in Burundi's capital Bujumbura. 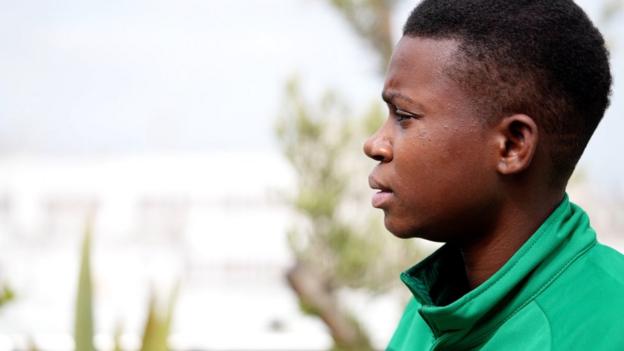 As the youngest in a family of 12, she was introduced into football by her father and brothers who also play the game.

"I used to go out and play with my brothers - I always told them to wake me up if I was asleep when they were heading out and we would go together," Habionimana narrates.

"One day a lady who had a women's team saw me playing with the men and asked me to join the women's team, so she came home and spoke with my parents."

Habionimana's excitement at learning about a women's team was short-lived though, as her mother did not support her daughter's interest in the beautiful game.

"My mother would say to me - 'I have never seen women playing football, why are you forcing yourself to play?'," she recalls.

"She would say she didn't want me to play football because I would become muscular, but my father would tell her 'let the child play'."

"The president of the women's team came and spoke to my mum and told her that there are women playing football and it is not a bad thing. There are women who have had children and continue with their football career, so my mother gave in and let me play."

Habionimana's mother's scepticism about women playing football is understandable because the women's game in Burundi is still a fledgling industry.

The country only played their first Fifa-recognised match in 2016 but they have made strides in the last six years after taking advantage of the global body's financial assistance dedicated to growing the women's game.

The teenager hopes Burundi's federation will continue working towards developing women's football in her country, but Habionimana is already dreaming of taking her talent beyond the borders.

"I hope that I can play my football beyond Burundi because you cannot be successful by staying in one place," says the teenager.

Playing for Burundi at the Wafcon could go a long way in helping her realise this dream but time, given her tender age, is very much on her side.

Having lost to fellow debutants Botswana 4-2 in their opener, Burundi's subsequent 3-1 defeat against South Africa, runners-up last time out, was far more expected but still leaves the team on the verge of crashing out.

Nigeria await on Sunday and barring a Burundian miracle against the nine-time - and defending - champions, the match is likely to represent the last time for Habionimana to take to the field in Morocco -

The East Africans' final group match against Nigeria on Sunday could be Habionimana's final opportunity for action in this Wafcon but with Burundian women's football on the rise, it will surely not be her last chance.

England v South Africa: Highlights from day one of the first Test