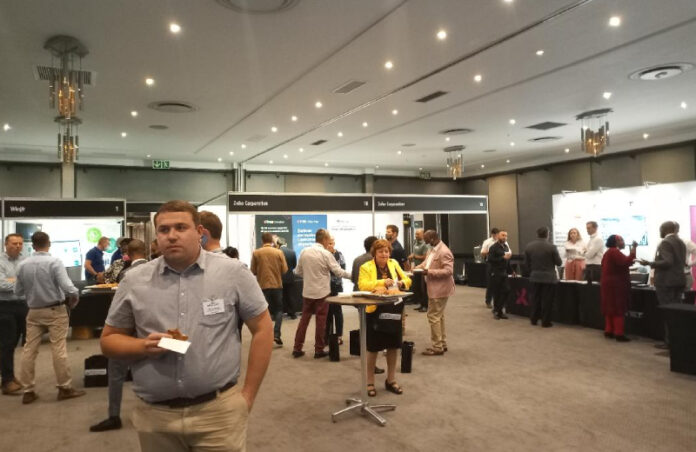 The premier internet of things event in Africa was held on 29 and 30 March last week in Sandton, Johannesburg. The hybrid event sought to equip decision-makers from various industries with the knowledge and tools needed to plan and implement successful IoT projects.

Speakers, exhibitors, and delegates all converged at the Maslow Hotel in Sandton to find solutions for a number of IoT-specific challenges like handling security and managing the complexities around IoT for organisations that want to adopt the technology or move their IoT pilots from the beta phase into real-world versions. All the while networking and making deals beside the stalls at the IoT exhibition hall.

For many attendees, the novel world of IoT was opened to them in a way they haven’t been able to enjoy since the beginning of the COVID-19 pandemic. “We weren’t aware of half of what is here,” said Maggie Kruger, Product Management Team Leader for MiR0, “So it’s a real eye opener, and it was very educational.”

“You can’t take away the in-person connection that you get with meeting people face-to-face,” chimed Andrew Bourne, Regional Manager Africa for Zoho, “I’m really happy that [IoTFA this year] is an in-person event, and we’ve met a lot of people we can build partnerships with. It’s been a great event.”

Here’s a closer look at this year’s IoT Forum Africa:

How @Uber is using data to keep users safe on the platform now at #IoTFA2022 pic.twitter.com/QUln6pqHph

He was followed by Zoho’s Andrew Bourne on experience as a success factor for IoT.

Matthew Bernath, Head of Data Analytics at Rand Merchant Bank, took to the podium next. He passionately spoke on all the benefits provided by IoT and how the technology can address some of our greatest challenges.

Matthew Bernath of Rand Merchant Bank on the ability of IoT to solve climate change problems on next. #IoTFA2022 pic.twitter.com/u91glPM7wx

Bernath was followed by IoTFA 2022’s first highly-anticipated panel discussion brought to you by Fortinet in partnership with Exclusive Networks.

AB4IR CEO Kelebogile Molopyane joined the conference to shed light on some of the wonderful work her organisation is doing to bridge the digital divide in South Africa.

Many exhibitors took to social media to share their excitement for the event, such as the Awareness Company, which specialises in IoT in agritech, geographic location services, and security measures for enterprises through its Hydra platform.

#IOTFA2022 We use IoT because it is the fastest way to get data from machines out there in the world.
#HelloHYDRA #IoT #InternetOfThings #DataStorytelling #SituationalAwareness pic.twitter.com/XxRcYDrDUB

They were joined by Flickswitch exhibiting their SIM Control platform – an immensely powerful software where users can add data to any number of SIM cards under their control, be it for employers or universities.

After a 2-year hiatus, events are returning to their pre-pandemic glory. We started with IoT Forum Africa!

Other exhibitors showed off their stalls and demoed their impressive range of products, like Winjit. 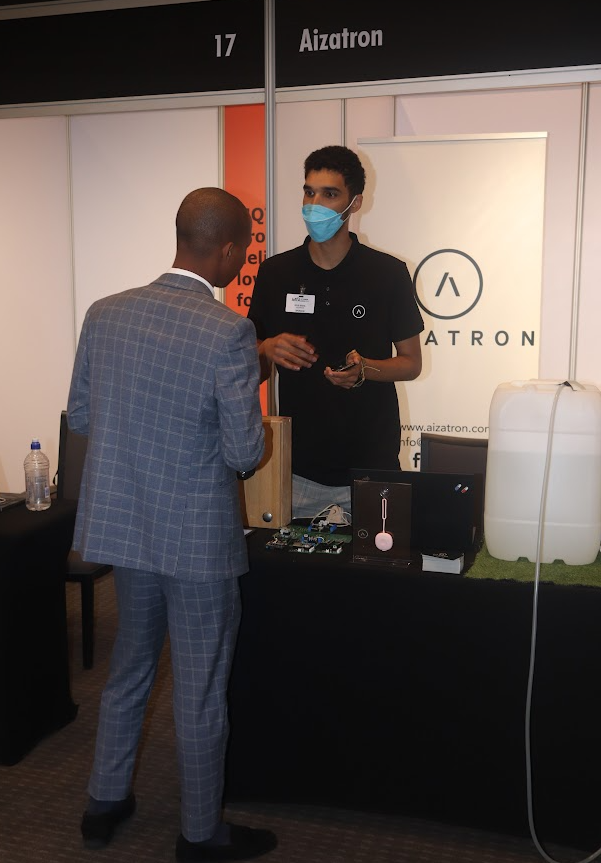 Aizatron was able to show off its IoT products, including an IoT enabled, app-powered irrigation system: 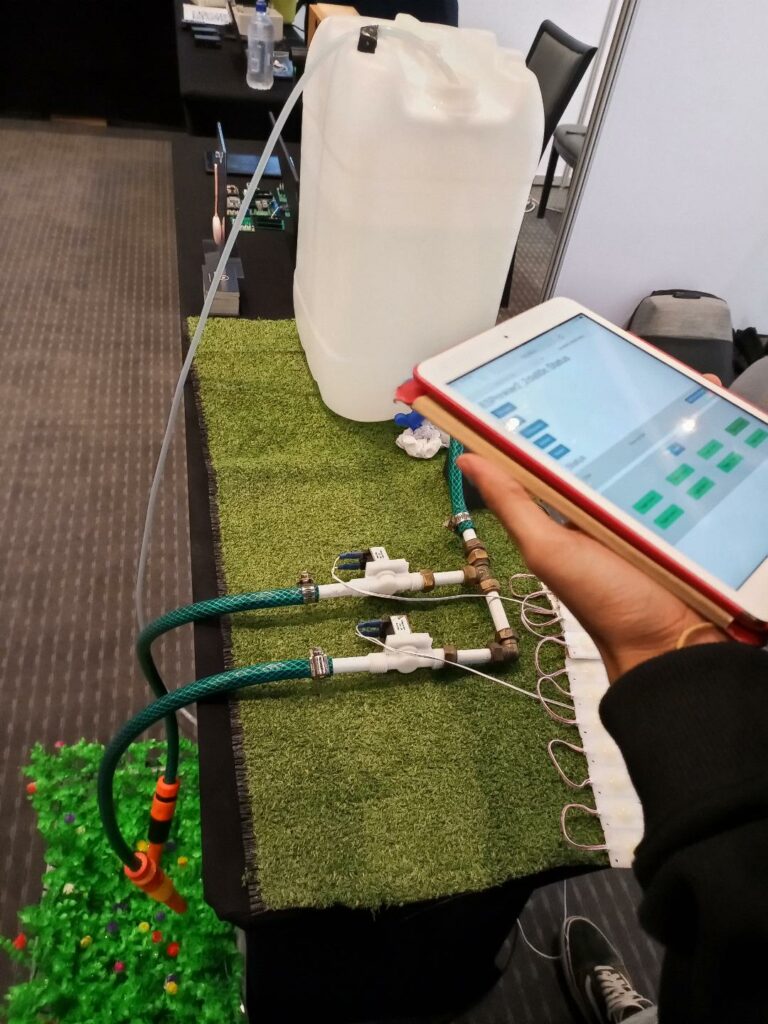 With Codelock’s IoT-enabled locks, users can remotely lock their offices and buildings. 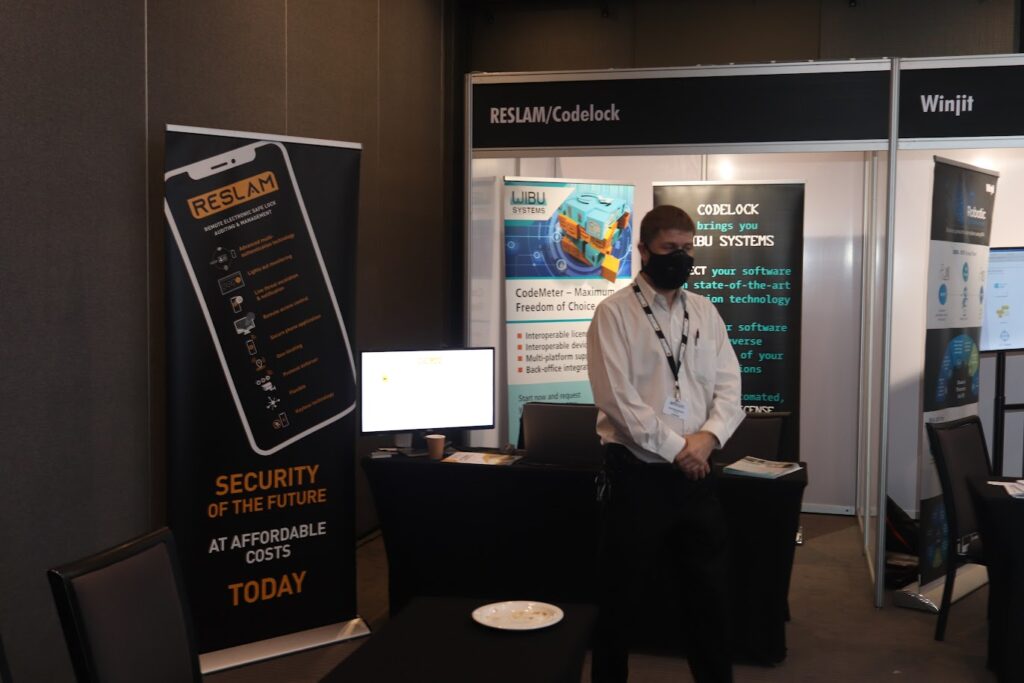 Codelock’s innovative technology is powered by RESLAM, a vendor that specialises in remote locking software.

Check out the panorama of IoTFA 2022’s exhibition hall:

What Happens When Cybercriminals Impersonate CEOs?

Zoho’s New Unified Marketing Platform – What You Need to Know