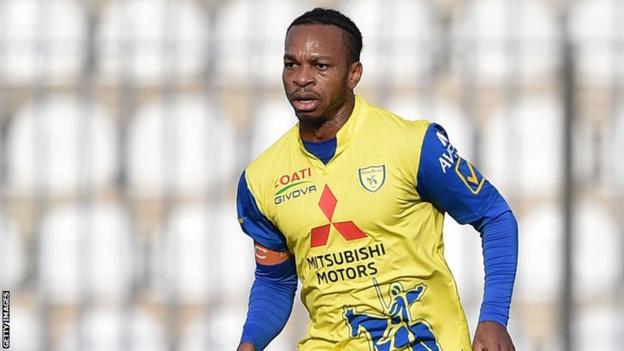 Nigeria's Joel Obi says he feels 'sorry' for Michele Marconi after the Pisa player racially abused the midfielder last season, adding he is satisfied with the Italian's 10-match ban.

Obi believes the punishment was appropriate.

"I was satisfied because we have to learn that we live in a society where we have to respect everyone," the former Inter Milan and Torino midfielder told BBC Sport Africa.

"No matter the colour of your skin, we are all equal. I hope he'd learn that humans are equal. Somehow, I also feel sorry for him because he's human and has a family.

"Maybe he intended saying something else but he made a big mistake to use those abusive and insulting words towards me.

"Hopefully he'll return a better man and begin to respect everyone."

Racism in football continues to be an unwanted scourge, with three black England players all suffering abuse in the hours after missing penalties against Italy in Sunday's European Championship final. 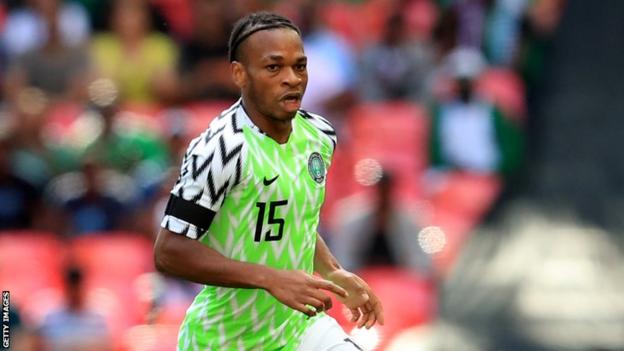 Regarded as one of Nigeria's finest creative midfielders, Obi started his career at Italian giants Inter Milan where he rose from the youth set-up to the first team in 2010.

He rejected a chance to represent Italy at youth level before making his debut for Nigeria against Sierra Leone in February 2011.

An Italian citizen after living in the European country for over two decades, Obi said he was dismayed to have been abused by an opponent.

"I was a bit disappointed because it's coming from a fellow footballer," he said.

"We are supposed to lead by example and show that racism or abusive words are unacceptable.

"This sort of thing is not acceptable in the society. For someone who should be a good example to act, that way was my biggest disappointment.

"We all love football and should respect it. It's a powerful sport in the society.

"We should respect those paying the money to watch us play, buying football merchandise and investing their time and resources to ensure we have a career - we need to be a good example for them."

Obi admitted that authorities face a major challenge in their quest to eradicate all forms of discrimination and prejudices.

"It's going to be very difficult but we have to fight for it. It's our collective responsibility to kick it out of football and we can't give up," Obi added.

"Racism and discrimination is something that has been around since the dark days of slavery. We can't keep quiet. We need to fight for it and hopefully one day we can win the war against discrimination and racism."

He also said more footballers need to speak out in the fight against racism.

"It's important to speak up because if you are quiet, no one will speak for you," he urged.

"During the game [Pisa vs Chievo], I was trying to calm myself because any strong reaction from me could lead to a red card sanction.

"During the half-time break, he [Marconi] was trying to apologise to me, but I was calm and ignored him. Other players on the field heard exactly what he said, even though they tried to deny it after the game.

"Today, it's been proven he was racially abusive towards me because I spoke out. If we don't speak up no one will speak for you."