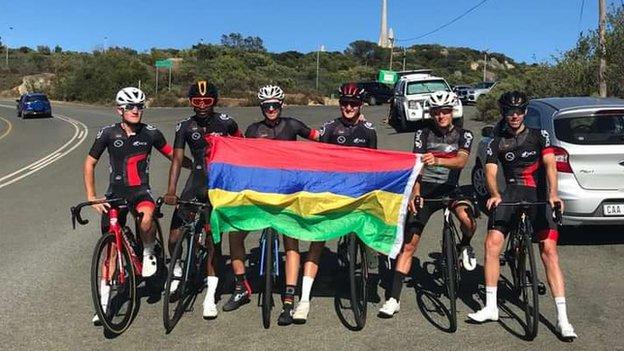 The Mauritius cycling team are determined to race at the African Road Championships in Egypt despite having 12 competition bicycles stole in South Africa.

The team had spent two weeks in South Africa competing at several events including the Tour du Cap and Cape Town Cycle as they prepared for the championships, which are due to start on 22 March. "This is a blow for us for the moment, I am still working with all the stakeholders," Michel Maire the president of the Mauritian Cycling Federation said.

"We will do our best to ensure that the whole team is present in the championship. Even if the equipment will not be at its best."