Grilled on skewers, dried or used as hair oil: in Bafoussam, in western Cameroon, farmers are trying to diversify the outlets for the mushrooms they grow on agricultural waste.

Myciculture, or the cultivation of edible mushrooms, has long been developed in the West and especially in China, by far the world's largest producer, but it is still not very widespread in Africa, even though it has the advantage of producing food by recycling "clean" waste, which is almost free.

Cameroonians are particularly fond of it but have to wait for the rainy season to collect it in the wild. In Bafoussam, the capital of the West region and the country's third-largest city, Jean-Claude Youbi has discovered a seam, as have other small entrepreneurs throughout this vast country of 28 million inhabitants.

Thousands of oyster mushrooms are growing in a dark room of his Groupe initiatives Communes (GIC Champignon), which was launched with partners four years ago in Bafoussam. They are grown in rows on shelves on agricultural waste packaged in plastic bags.

"We are in the mushroom field of our ICG," Jean-Claude Youbi says proudly. "Some, like these, are past their harvesting season," explains one of his associates, Patrick Yaptieu, as he pushes aside a pile of yellowish mushrooms instead of the usual white. Then he puts the day's good harvest in bags, heading for the GIC shop, towards the centre of Bafoussam.

It is difficult to get an idea of the extent and weight of the industry because there is no official national data on production and consumption. The life of the GIC Champignon is marked by constant comings and goings. In a small room, two young trainees are shovelling a pile of agricultural waste.

For this soilless crop, "we mixed maize cobs (the husk of the cob) with nutrients such as bran and wheat flour, and beef blood," explains Brice Nono Djomo, production manager. "We added a fungicide to prevent bad fungus," he adds, assuring that its effects wear off after two weeks, well before the fungus grows.

Once the mixture is made, this substrate is sterilised, placed in barrels and heated over a wood fire. It is then cooled and distributed in bags. After the seed has been introduced, the bags are placed in the mushroom house. It takes 30 days for the first plants to appear.

"I was amazed to discover this way of growing mushrooms," says 12-year-old Junior Leogip. This sixth-grader is using his school holidays for an internship at the GIC Champignon. "I learned how to prepare the substrate... I want to learn everything", the teenager assures us, vowing to enter an agricultural school after his baccalaureate. "My ambition is to start my own production and to be autonomous," says Léa Tona, another trainee from Yaoundé.

Every three months, the duration of a cultivation campaign, this GIC in Bafoussam produces 300 to 400 kg of mushrooms, 80% of which are sold directly to consumers and the rest transformed into body or hair oils, soap, juice and even a liqueur that Jean-Claude Youbi describes as "mushroom whisky".

In a small laboratory at his GIC, he grinds part of the harvest in a blender to obtain a juice that will be combined with other elements for these by-products.

"For the beauty oils, we can add snail slime and a perfume to give a pleasant smell," he says without revealing his secrets: "We are in a promotional phase. For the hair oil, we are offering boxes to some hairdressers to try out.

"It softens the hair and makes it grow back, it treats dandruff and hair breakage," explains Josiane Sogo in her hair salon.

However, some people prefer to eat it. "I'm a very big consumer of mushrooms, especially for their virtues. It's vegetable meat that keeps me away from several dangers," says Barthélémy Tchoumtchoua, as he puts a skewer on his favourite food, which is rich in proteins and vitamins B2, B3, B5 and D. In addition, thanks to myciculture, "you can eat them all year round," he enthuses. 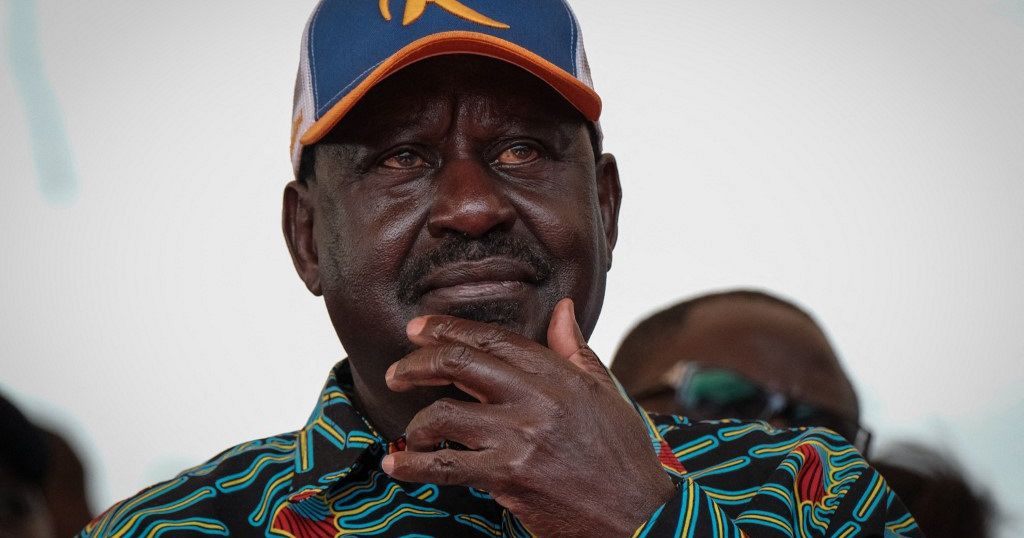