Nigerian inflation eases in January ahead of GDP data release 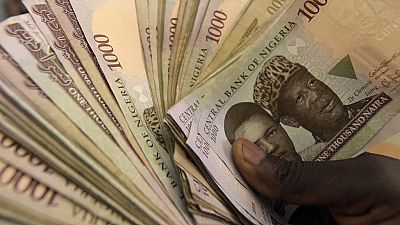 Nigeria's annual inflation slowed by 0.03 percentage point to 15.60% in January, the statistics office said on Tuesday, ahead of the release of growth data next week.

Inflation, which has been in double digits since 2016, was particularly high in December due to a surge in demand during the Christmas season, said Simon Harry, head of the National Bureau of Statistics.

Nigeria imports many key goods and services. A dollar shortage has prompted the government to put restrictions on foreign exchange supplies at certain items, cutting supplies of goods and exerting pressure on prices.

Nigerian authorities have said persistent inflationary pressures are structural - linked to deficits and not solely to the money supply - and largely imported.

Persistent double-digit inflation could pile pressure on the central bank to reconsider its dovish stance on interest rates, although economic growth is still fragile.

Nigeria's economy grew just over 4% on an annual basis in the third quarter, its fourth consecutive quarterly expansion, after a COVID-19-induced recession in 2020. However, the rate of growth slowed compared with the previous quarter.

50 couples get married in mass wedding ceremony in Brazil

Guinea: Alpha Condé to travel once again for medical care