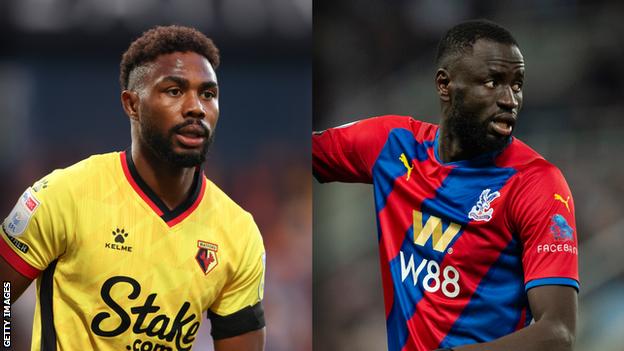 Nottingham Forest have completed the £20m signing of Watford striker Emmanuel Dennis and have brought in former Crystal Palace midfielder Cheikhou Kouyate on a free transfer.

Both deals were announced late on Saturday.

It means 14 new signings have now arrived at the City Ground during the summer transfer window.

He started both of Watford's first two games of the season but did not feature in Friday's 1-0 Championship win over Burnley.

Senegal's Kouyate, 32, was a free agent after his contract at Palace ended in July and has signed a two-year deal. He played 31 times for the Eagles last season having joined the club from West Ham in 2018.

Forest have also been linked with Atalanta midfielder Remo Freuler.

Jesse Lingard and Dean Henderson headline Forest's recruits this summer, with the England keeper on loan from Manchester United.

The club also broke their transfer record to sign striker Taiwo Awoniyi from Union Berlin for a reported £17m.

Catherine Phiri: Zambian boxer 'to be back' after two-year doping ban