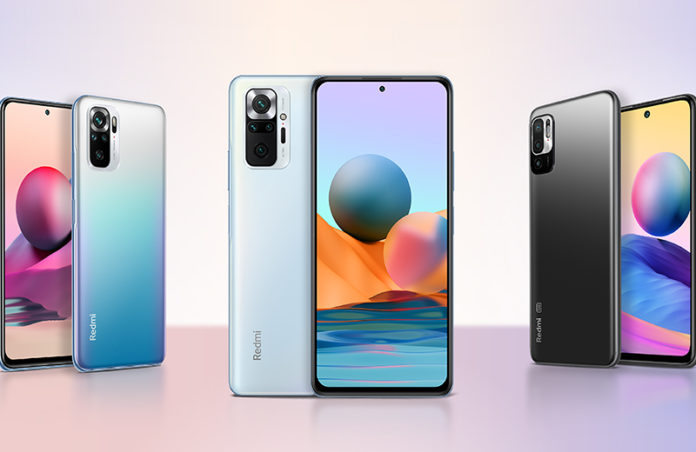 Chinese smartphone manufacturer Xiaomi has exploded in popularity recently, with several media outlets calling the brand a possible “Samsung Killer” after it surpassed Apple to become the world’s second-largest seller of smartphones.

The company has also begun to redouble its efforts into South Africa, a popular market for Chinese smartphones in which, according to Statista, the second-most-popular phone choice for users across the country is Huawei, above Apple.

Xiaomi is hoping its affordable devices will be able to make big waves into the market, especially with customers looking for affordability. Last month, Xiaomi launched its Redmi Note 10 Series in South Africa, including the Redmi Note 10 Pro, the top of the range and the series’ most expensive device.

Another device launched in the series is the company’s mid-range offering, the Redmi Note 10S, which Xiaomi provided a model for IT News Africa to review:

The Note 10S’ 16.33 cm AMOLED display is the phone’s most initially striking aspect. The display is brilliantly crisp, colours are translated vibrantly across its large-enough screen that isn’t too unwieldy in a single hand.

A Mediatek Helio G95 chip runs the phone’s processes, unusual for Xiaomi which normally uses Qualcomm’s ubiquitous Snapdragon chip for its Redmi devices. Android 11 is the Note 10S’ OS, but with Xiaomi’s MiUI 12.5 modification to further distance the device from competitors. The Note 10S purrs along the majority of the time – switching to and from apps like WhatsApp, email, Twitter, etc. is exactly what it should be – easy and swift.

However, the Note 10S begins to struggle when you start using too many apps or ask the device to perform too many tasks at once – for example, watching a video on YouTube and then switching to WhatsApp when you receive a notification can take a little longer than you’d like.

Too many tasks at once can also lead to bouts of jittering and short pauses as the system becomes overburdened. These are usually very short-lived and rare. Gaming on the device was also not as smooth as I hoped, but the experience was good enough.

Overall, day-to-day performance – probably the most important metric for the device – was excellent. I would venture to say that there is little difference in the noticeable daily usage of apps and phone features like SMS and calls between the Note 10S and, for example, the iPhone 10.

MiUI seems like an unnecessary addition to the Android OS, and as a new user of Android, I kept asking myself if the confusing nature of the OS was due to MiUI, or was this simply what Android was capable of. The UI was really over-bloated and lacked the accessibility I craved immediately.

It takes just a little too long to decipher how to work the device, especially if you come from an iOS background, however Android’s impressive customisation options may be a distinct upside to its small learning curve – in fact, some users may find this exciting. I did enjoy the OS’ haptics and sound effects – they are fun and light-hearted.

The OS was probably what I enjoyed least in the device, but that could also boil down to my personal inexperience. Full disclosure, in my early review notes I wrote: “The only thing really wrong with the phone is that it uses Google’s OS.”

Its 64 MP camera takes noticeably better images at closer distances, but wider images lose a lot of quality. The images are also slightly saturated, which some users may like, or not. I personally enjoy the vibrant colours.

The Note 10S shines in all carats when it comes down to its battery. Featuring a Li-Po 5000 mAh, non-removable battery, with fast charging at 33W, the device is an undying monster. In fact, I got so used to its battery spanning around two days without needing charge that I  inadvertently let it die once. This is with sustained, normal usage. Videos, apps, chatting, calls, etc.

On top of this, its fast charging feature – unprecedented for the likes of myself with an extensive iOS background – would mean that I would only have to charge the device for minutes at a time before I was comfortable using it again.

I rarely charged the device throughout the review period, like 3 to 4 times in total across two weeks. Even then, I only charged to 100% capacity twice. The only time battery loss was noticeable was when gaming, and even then it remains impressive.

The Note 10S’ price point is the real star of this show and the reason I believe the device is a winner. The Redmi Note 10S is available for a fraction of the cost of a top-of-the-range smartphone which most users will never truly appreciate the extent of its processing power.

With the Note 10S, users will have a good smartphone, for a great price.