Romelu Lukaku's Dream To Play For Chelsea Has Come True

Lukaku has returned to Chelsea for a deal of £98 million (US$135 million). Following a club-record move from Inter Milan, the 28-year-old returns to Chelsea for the second time. The former West Brom, Everton, and Manchester United forward is committed to the club until 2026.

"Yes, it was good. It was good it is good to be back, obviously. It doesn't feel new because a lot of the players I knew them from before. So I have already a relationship with most of the players. So, you know, I'm really happy to be here. And, you know, it's up to us to prepare as a team and, you know, keep winning going forward."

Romelu Lukaku has pledged to maintain the club's current success, confirming that he is a "more mature" player than he was during his previous time at Stamford Bridge.

_"Maturity, maturity has been important. I think I've learnt much more about myself, you know, setting higher standards for myself as a player. I think, you know, you just it's more becoming more complete, I think, because the game in Italy is much more different. It's much more tied to spaces, is very more technical and tactical, which helped me a lot. ." _

The Belgian's recent goal-scoring record at Inter speaks for itself. During the 2020/21 season, he scored 30 goals and added 10 assists in 44 games across all competitions. 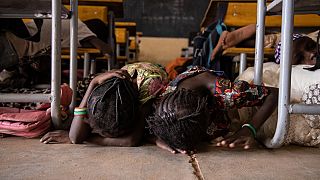 Survivors of conflict to meet Pope in DR Congo