Exterior view of the Hope Hostel LTD which is getting ready to welcome the migrants from United Kingdom in Kigali, Rwanda on May 19, 2022.   -

**Rwanda is getting ready to greet the first migrants transferred from the United Kingdom as their flight should arrive next Tuesday, April 14.**The Asylum seekers will be hosted by the Hope Hostel in Kigali.

Given the tension surrounding this criticized deportation scheme, the hostel manager wants to be reassuring. "This is not a prison. Is a home like our home. Just, we serve them (the migrants, ed) as a hotel. In a hotel, a person will be free in everything they want. So when they want to go out hotel, no problem." stresses Ismael Bakina, manager of Hope Hostel.

Kigali says London will provide up to 144 million euros for the plan and insists migrants will be quickly "integrated into communities across the country." A last statement Leonidas Hakizimana agrees with, "Rwanda is a good country that loves Rwandans and foreigners, we welcome the migrants warmly, says the moto-taxi driver, Their new homes have been prepared and they will be safe. We are happy because others have come to seek shelter here. Rwanda is recognized for its hospitality".

According to UN figures, Rwanda was hosting more than 127,000 refugees as of September last year, almost half of them children. The majority were Congolese, followed by Burundians.

Since it was signed last April, the plan has been widely slammed by human rights groups but also by politicians of all parties from both countries.

"We have thousands of young Rwandans who do not have jobs. If you cannot give work to your own population, to your young people, if the Rwandan youth do not have jobs, how can the government promote work for these refugees who are going to come here to Rwanda?", says Victoire Ingabire, president of an unrecognized opposition party 'Development And Liberty For All' party.

According to The Times, the British heir to the throne himself has privately called the plan "appalling".Some human rights groups' attempt to prevent the first plane from leaving by taking the matter to a court failed on Friday, June, 10. 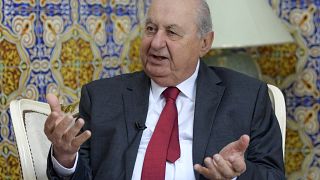