Tanzania, Morocco and Nigeria qualify for Women's Under-17 World Cup 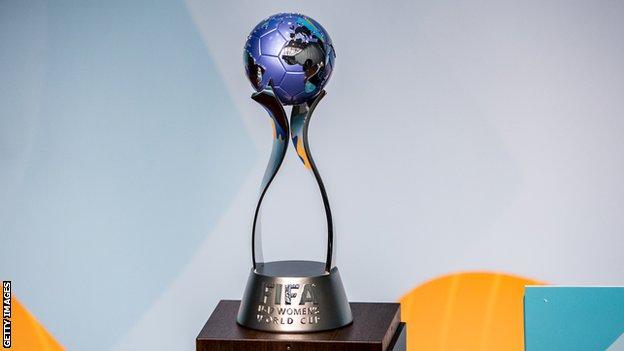 Debutants Tanzania and Morocco joined Nigeria in qualifying for the 2022 Women's Under-17 World Cup finals in India.

Tanzania became the first ever East African nation to reach the finals with a comprehensive 5-1 aggregate win over Cameroon, who has played at the last two tournaments.

Neema Paul scored the only goal in Sunday's second leg, played at the Amaan Stadium in Zanzibar.

In the first leg in Yaounde on 22 May Clara Luvanga had scored a hat-trick in a 4-1 win as she finished the the top scorer in the African qualifiers with 10 goals.

On Saturday Morocco edged past Ghana on penalties after both nations had won their home ties 2-0 to make it 2-2 on aggregate.

Nigeria will also be going to the October finals in India despite being held to a goalless draw by visiting Ethiopia at the National Stadium in Abuja, after they had won the first leg 1-0 in Addis Abbaba.

It will be the Flamingos sixth appearance at the Women's Under-17 World Cup, where they have reached the quarter-finals three times.

The best performance by an African team at the tournament came when Ghana finished third in 2012 in Azerbaijan.

Asisat Oshoala: Nigeria star ruled out of rest of WAFCON