Tariqe Fosu: Ghana winger ready to step up with Brentford in the Premier League 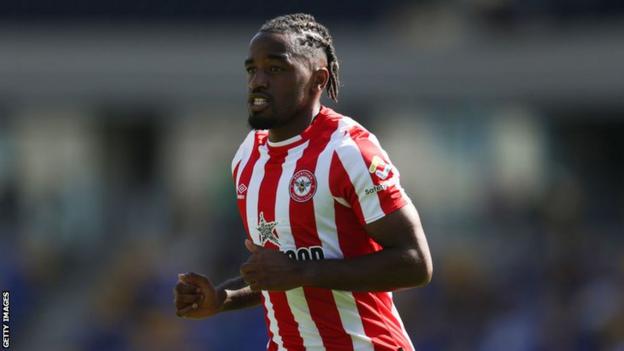 When Ghana international Tariqe Fosu decided to sign for Brentford in January 2020 he says it was obvious the then Championship side had big ambitions.

The 25-year-old has admitted now the Premier League promotion dream has been realised he is going to have to make another step up in order to play his part this season.

Brentford, who fell just short of reaching the Premier League title in 2020, earned promotion in May as they beat Swansea City 2-0 in the Championship play-off final at Wembley, with Fosu an unused substitute.

He will now be hoping to be part of the team that kicks off the 2021-2022 Premier League season for Brentford against visitors Arsenal on Friday.

"As a club we were always determined to make it to a top level and it was something that I recognized quickly when I joined." Fosu told BBC Sport Africa.

"To be able to do it in my first full season is an amazing feeling."

"Although (previous club) Oxford [United] was a great experience, it was not my first club in League One that I had played for so the next step felt natural."

Fosu managed to score four goals in 41 appearances last season but admits he is going to have to continue to improve if he is going to remain a key part of the side in the English top-flight.

"It's a new challenge considering the fact that I have never played in the league before but something I'm excited to see what it's like and to try and leave a mark," he added.

"In terms of work rate, my expectations will be the same. I like to put 100% into everything I do, especially when it comes to playing my part for the team.

"One thing I think I have considered a lot more is preparation. We had a very long season and so it's easy to want to take a break but I think it's important to start working ahead of pre-season, that part is vital." 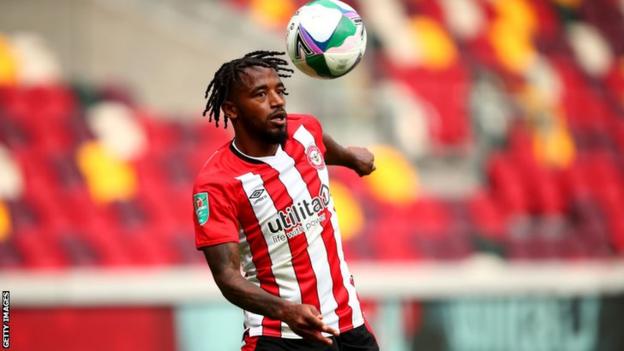 The winger-cum-left back knows expectations will be high from the Brentford Community Stadium faithful to see their team stay up at the end of the season..

"Pressure will always be there when you want to get the win for your team and make the fans proud. I don't think it's a bad thing, pressure can be seen as a good thing," Fosu reiterated.

"I think the combination of fans returning to stadiums and larger crowds will definitely be something that will feel different for me as we have been playing behind closed doors for a long while now.

"My personal target is to play in the Premier League and try and help the team as much as possible and also be in the League for long.''

Fosu, who was born in London, was capped by England at under-18 level but switched allegiance to play for the four-time African champions in 2020.

He earned his first Black Stars call-up in March that year for two 2021 Africa Cup of Nations qualifiers which were later postponed due to the outbreak of the Covid-19 pandemic.

But he then had to wait until October for his first cap against Mali in an international friendly played in Turkey where he played the whole game as the Black Stars lost 3-0 .

"I have always considered playing for Ghana so when the chance came about I was more than grateful to play for a lovely football country like Ghana," he revealed.

Three days after the Mali loss , he scored his first senior international goal as he grabbed the first in a 5-1 win over 2022 World Cup hosts Qatar.

"That is something that will remain with me forever. To be able to score for my country was a great experience and I loved every minute of it," Fosu recalled.

He has since been a regular member of CK Akonnor's squad and remains on course to playing in his first major tournament at next January's Africa Cup of Nations finals in Cameroon.

"I'm excited and looking forward to having my first major tournament. We have a good squad so hopefully we can do our nation proud," he said.

"I think the two friendlies [1-0 defeat in Morocco and 0-0 draw with Ivory Coast at home] in June were good exercises for us although I couldn't play. Bit overall the team work was great and I love the training we had.

"I am always training hard and looking forward to having an exciting and fantastic debut Premier League season with my club."

Fosu has a busy season ahead for both club and country with not only the Premier League debut but also 2022 World Cup qualifiers in September October and November before January's Nations Cup finals.