The Future for Sustainable Mining in Africa Lies in Circular Thinking 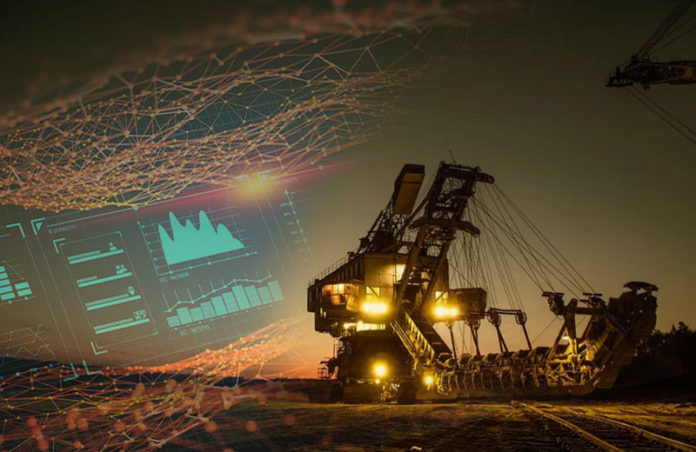 The circular economy (CE) is not a new concept, but it has been growing in importance, recently promoted by influential organisations such as the Ellen MacArthur Foundation and the World Economic Forum. In our current economy, we take materials from the Earth, make products from them, and eventually throw them away as waste – the process is linear. In a circular economy, by contrast, we stop waste from being produced in the first place.

The circular economy is based on three principles, driven by design. First, eliminate waste and pollution, then circulate products and materials at their highest value and finally regenerate nature. It is underpinned by a transition to renewable energy and materials. A circular economy decouples economic activity from the consumption of finite resources. It is a resilient system that is good for business, people, and the environment.

Africa is endowed with abundant mineral resources, including gold, silver, copper, uranium, cobalt, and many other metals which are key inputs to manufacturing processes around the world. However, extracting those precious resources from the ground comes at an environmental cost that is increasingly coming under scrutiny and that is where circular thinking can play a huge part.

The benefits of a circular economy

The African Circular Economy Alliance (ACEA) is a government-led coalition of African nations with a mission to spur Africa’s transformation into a circular economy that delivers economic growth, jobs, and positive environmental outcomes. By adopting CE principles, Africa’s mining industry can seize opportunities to reduce costs whilst also mitigating risks associated with shifting consumer and investor preferences, and new regulations and standards.

According to the report ‘Increasing Circularity in Africa’s Mining Sector’ produced by the ACEA, given the economic contribution of mining to African countries, CE would significantly contribute to creating a sustainable mining industry. For countries that depend on mining as the primary economic activity, it contributes considerably to their foreign earnings. For example, Botswana mining has accounted for roughly 85 percent of national foreign exchange earnings, 33 percent of government revenue, and 25 percent of GDP for the past four decades. Given the economic contribution of mining to African countries, the mining industry has a critical role to play in supporting the transition to a circular economy.

As we move along the energy transition and the demand for Africa’s mineral wealth increases, adopting a CE strategy can assist the mining industry to adapt to increased pressure on limited resources. There are, however, challenges that need to be overcome in this circular journey including deficient infrastructure. The lack of clean energy resources for the mining sector will impede the drive to reduce carbon emissions in the industry.

One of the benefits of CE is its ability to decrease operating costs by increasing operational efficiency. Part of a CE strategy is to optimise the use of resources, therefore designing efficient systems that use the CE principles will reduce consumption intensity and the cost of sourcing resources. An example of this can be witnessed with Syama Gold Mine’s shift to renewable energy from its existing source of power, a 28 MW diesel generator. The mine signed a 16-year contract for a hybrid power plant with Aggreko. In 2020, Syama Gold mine’s cost of electricity decreased by 40 percent and CO2 emissions by 20 percent.

Three steps to a circular future

The ACEA identified three crucial CE principles for the African mining industry to engage with. First to recycle, reduce, and reuse resources and waste. Secondly to regenerate natural resources, and finally to design out waste.

One of the chief areas for reuse comes in the use of water by the mining sector. Water is used to process minerals, transport slurry, and control dust and a large mine can use as much as 30,418 megalitres each year, enough to feed more than half of Africa’s population for a day. According to the ACEA, the mining industry is the second-largest water user right behind agriculture in South Africa. Effective management of clean water and wastewater is key to maintaining supplies of this resource.

The use of water can be decreased if the mines’ wastewater is recycled, reused, concentrated, and reclaimed. Mining companies can improve wastewater management in three ways: lining waste and tailing dams to avoid water seepage, putting wastewater in tanks to prevent evaporation, and filtering water from slurry/sludge/tailings before storing the waste in dams. Anglo American is developing a technology that will close the loop by creating a sealed system that increases efficiency and directs water recycling and reuse.

Mining uses a lot of energy, there is no escaping that. It is crucial throughout the lifecycle of a mine from exploration to processing of the final product. Traditionally the sector has relied on diesel and electricity from the grid to meet these needs. For example, figures from Glencore show that they use up to 210 petajoules of energy annually, equivalent to the energy consumption of ~12.7 million people in Africa. This high energy use comes with an elevated level of carbon emissions.

Switching to renewable energy resources such as solar and wind energy to power mining operations can help to regenerate natural systems. When compared to traditional diesel-powered generators, renewable energy is cheaper and produces less CO2 emissions. One mine that has benefited from a transition to renewables is the Syama Gold Mine in Mali.

The need to design circular mines

A more forward-looking and less accessible solution to reducing resource consumption and recycling waste is designing smart mines with the environment in mind. This entails building sustainability into the design process from the outset and looking to invest in renewable energy such as solar and wind and employing technologies to eliminate water usage in mines. This would be most feasible for upcoming mining projects on the continent.

Some companies are already putting redesigning mining operations into consideration. Anglo American is currently investing in exploring a FutureSmart Mine that will be circular, save costs, increase efficiency, and ease mines’ operations.