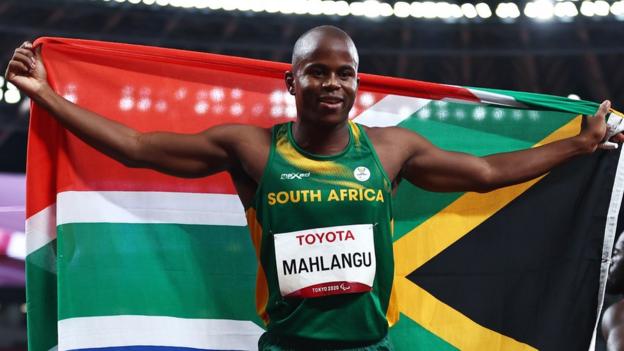 After an earlier success in the long jump, the 19-year-old becomes only the second South African to win at least two individual golds at a single Paralympics.

On Friday in Tokyo, the world record holder sprinted home ahead of Great Britain's Richard Whitehead and Germany Ali Lacin.

"Two Paralympics gold medals was the dream coming here - a dream does come true in the end," Mahlangu said.

"I came here not even expecting a medal in two events! This is one of my best races in this class, it was a beautiful night."

Born with under-developed lower limbs, the South African walked for the first time aged 10 after a double amputation allowed him to get prosthetics.

Just four years later, at the 2016 Paralympics in Rio, Mahlangu won silver in the T42 200m event to become the youngest South African to make an Olympic podium.

A revision of classification system by the International Paralympic Committee meant the teenager had to move to the T61 class, where he could only compete in the Long Jump and 200m.

He is the world record holder in both events and his fist gold in Japan came in the long jump, even though he only started training for the event six weeks before the Games.

"Coming here, I had to trust in the process when we took the decision six weeks back (to compete in long jump)," he said.

In bronze medal position before his last jump, he produced a leap of 7.17m to claim not only the gold medal but also an improvement of his world record by a staggering 60cm.

"I only started to train six weeks back, so I am super excited for the future," he said after his spectacular victory.

Mahlangu is the second South African 'blade runner' to win two individual gold medals at a single games after his predecessor Oscar Pistorius, who won three golds at the 2008 Beijing Games.

Pistorius has since made headlines for the wrong reasons, with the one-time hero now serving a 13-year jail term for the murder of his girlfriend Reeva Steenkamp.

Refusing to dwell on what the future might bring, Mahlangu is happy to focus on the present instead.

"I am still celebrating my long jump medal, I am going to celebrate my 200 medal, so I think for now we can be humble and honoured for what we got and the result we have," he explained.

"We never know when this dream can end with a lot of factors coming in, so we have to embrace it now.

"So I am not thinking what is going to happen next year. Right now, it is for me to go back and enjoy the work I have put in for five years - that is the most important thing."

China leads the standings with 185 medals. 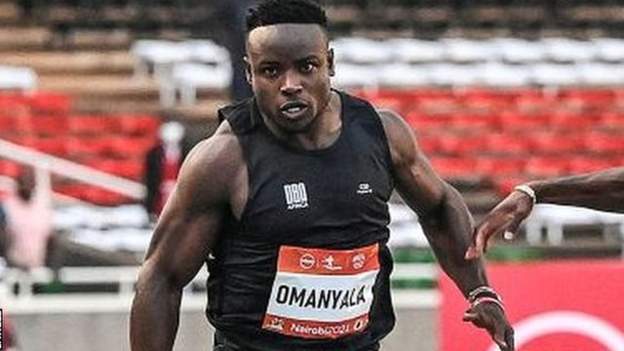 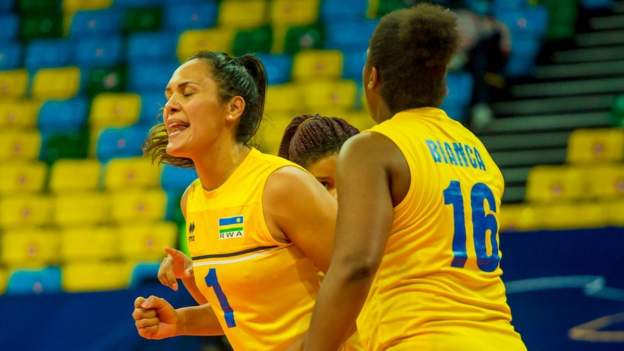 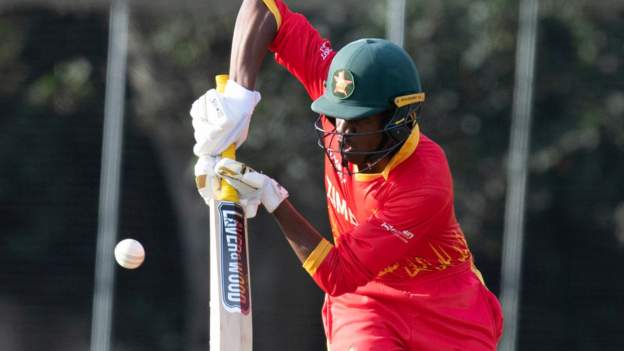