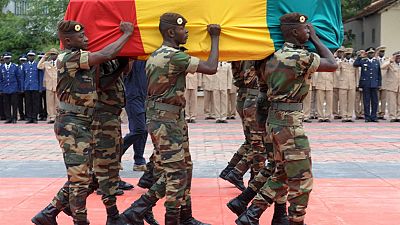 Two Red Cross workers were killed on Wednesday when their vehicle was attacked by unidentified armed men in western Mali, the global humanitarian organisation said on Thursday.

The driver of the vehicle and an expatriate delegate of the Dutch Red Cross were killed in this attack perpetrated, according to the first testimonies collected by the Red Cross, "by armed men who appeared on a motorbike" and "opened fire without warning" on the team, the statement added.

The driver was Malian and the expatriate delegate Senegalese, Nouhoum Maiga, secretary-general of the Malian Red Cross, told AFP by telephone.

The Red Cross said the team, which was "on a humanitarian mission in one of its vehicles bearing the Malian Red Cross emblem", was attacked at around 6 pm local time (18:00 GMT) on the Koussané-Kayes road.

"The two other members of the team - the project coordinator and the accountant - were deeply affected by this tragedy," the statement added.

"It was not the Red Cross as such that was targeted," Maiga said, referring to a probable act of "brigandage" and not jihadism. "We have had robberies in the past, kidnapping of vehicles, but no deaths of men" in recent years, he added.

The perpetrators of the attack left with the vehicle and equipment, he said. They abandoned the vehicle later, according to the information he received.

The Malian Red Cross has condemned "in the strongest terms" this incident which "undermines the humanitarian mission towards vulnerable populations".

Mali, a vast Sahelian country with a large part of its territory outside the control of the state, has been suffering not only from the spread of jihadism since 2012 but also from high levels of crime, particularly on its roads.