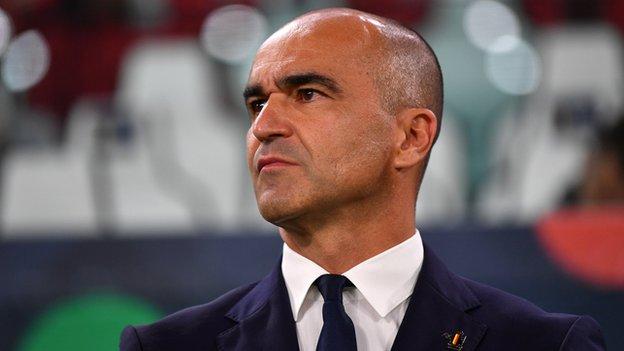 Belgium coach Roberto Martinez has highlighted the links between Belgium and Morocco after both countries were drawn in Group F at the 2022 World Cup.

The two sides will also face Canada and Croatia in host nation Qatar, but it's the tie between the countries with the deep roots that stands out.

"Obviously we have got a huge Moroccan population in Belgium and there are many Belgian-born players that qualify to play for Morocco.

"We follow those talented players from a young age. We even share technical staff. We know each other very well."

Belgium is home to a huge Moroccan community, with more than a third of the country's entire population having foreign origin in 2021 according to Statbel, the statistical agency of Belgium's federal government.

AA Gent's Tissoudali was among the goal scorers when the Atlas Lions booked their spot for their sixth World Cup finals, eliminating DR Congo 5-2 on aggregate on Tuesday.

"We know their passion," said Martinez. "We know the facilities that the Moroccan federation has developed and the experience of the coach, a coach that has been in that situation before."

With Morocco, coach Vahid Halilhodžić has qualified a country for the World Cup a fourth time, repeating the feat of taking Algeria, Ivory Coast and Japan to the global finals.

He will be hoping his charges can replicate Morocco's 4-1 victory against Belgium in a friendly in 2008, the last time the two sides met.

The meeting between Belgium and Morocco on 27 November in Doha's Al Thumama Stadium will be the second time the countries face off at a World Cup following the European side's 1-0 victory at the 1994 World Cup.

The Atlas Lions will open their World Cup campaign against Croatia, runners-up in 2018, on 23 November and wrap up their group against Canada, who have qualified for the first time since 1986, on 1 December.